Punjab’s Akal University has commissioned a 1.2 MW solar power project on its campus, the largest such project for a rural institution in the region, to meet 80% of its power demands from clean energy. 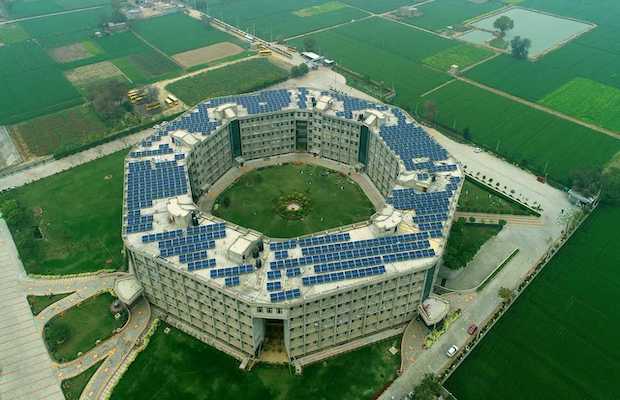 Akal University Talwandi Sabo in Bhatinda has commissioned a solar plant on campus. The solar installment is expected to meet 80 percent of the power demand of the university and 13 Akal academies in the region.

At 1.2 MW capacity, the solar project is the largest in the state for a rural institution and has been developed at a cost of Rs 5.2 crores, of which Rs 1.7 crore has been provided by the Ministry of New and Renewable Energy (MNRE) as a subsidy. A total of 3,750 panels have been set up under the project in around 1.2 lakh square feet area spread across 14 locations.

The solar power plant project will reduce 35,000 metric tonnes of carbon emission over 25 years. Annual savings in power bills will be more than Rs 1 crore. The carbon reduction impact of the project during its lifetime is equivalent to the planting of 82,000 trees, said J.P. Singh, Solar Consultant for the project.

Jatindra Nath Swain, managing director of Solar Energy Corporation of India (SECI), inaugurated the 1.2 MW solar power project and said that said that this solar project, which is the largest for any rural educational institution, displays the forward thinking of an educational organisation like Kalgidhar Society (which operates the Akal University).

“Solar power generation is a measure of sustainability and I am happy to see that Kalgidhar Society is harnessing the sun for making the education system more sustainable. Along with solar, we also need to pay attention to water conservation and rainwater harvesting to tackle the problem of climate change,” he added.