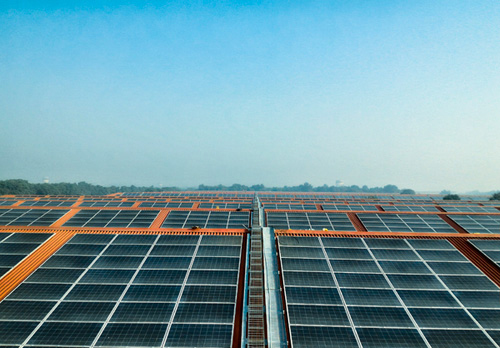 The project is expected to cost around Rs. 139 crores, it will cover a total area of 82 acres over eight shelters.

Tata Power Solar has commissioned the 12 MW solar rooftop project for R.S.S.B. EDUCATIONAL & ENVIRONMENTAL SOCIETY (RSSB–EES). The project is the largest solar rooftop plant in the world, set up in a single phase.

The plant will produce more than 150 lakh units of power annually and offset over 19000 tonnes of carbon emissions every year.

RSSB-EES is a charitable organization based at Dera Baba Jaimal Singh, which operates multiple charitable initiatives in the field of environment and education. The rooftop project is set up under the Punjab Government’s grid connected rooftop solar projects scheme, wherein power from the plant will be fed to the grid. In April 2014, same organisation had set up a similar 7.524 MWp solar plant on a single rooftop.