India’s emissions are projected to grow by 2 percent in 2017, less than the average increase of 6 per cent over the last decade.

In a significant development, India’s greenhouse gas emissions in 2017 was significantly lower than the average in the last decade because of the rapid progress made in installation of solar energy, according to the 2017 Global Carbon Budget report, published simultaneously in the journals in Nature Climate Change, Environmental Research Letters, and Earth System Science Data Discussions.The report also states the Government policies like demonetization and introduction of GST also had some role to play in it. 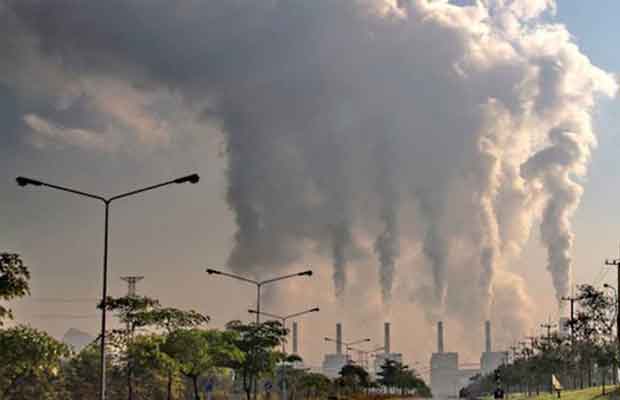 The report said India’s emissions are projected to grow by 2 percent in 2017, less than the average increase of 6 percent over the last decade. However, global emissions of carbon dioxide from fossil fuels and industrial use is likely to increase by 2 percent after three stable years, led by a 3.5 percent rise in emissions in China, the world’s largest polluter.

If as per the government estimates, Indian economy was able to recover quickly, then emission growth is again likely to grow over 5 percent in 2018. The report states further interventions are needed to reduce the level of carbon dioxide emissions.

Glen Peters, research director at CICERO in Oslo and one of the lead authors of the study, in a statement, said, “The return to growth in global emissions in 2017 is largely due to a return to growth in Chinese emissions, projected to grow by 3.5 per cent in 2017 after two years with declining emissions. The use of coal, the main fuel source in China, may rise by 3 percent due to stronger growth in industrial production and lower hydro-power generation due to less rainfall.”

Robert Jackson, a co-author of the report, co-chair of GCP and a professor in Earth system science at Stanford University, said, “Several factors point to a continued rise in 2018. That’s a real concern. The global economy is picking up slowly. As GDP rises, we produce more goods, which, by design, produces more emissions.”