WElink energy has started construction to build largest privately funded farm solar in Portugal. This power plant will contains 221 MW power and will be unsubsidized. As company claimed it will be the Europe’s biggest unsubsidized solar PV plant. The £200million for solar project will have a 221MW peak capacity and will generate enough clean electricity to power the equivalent of 200,000 homes with an emission reduction of 218,310 tons of carbon dioxide. 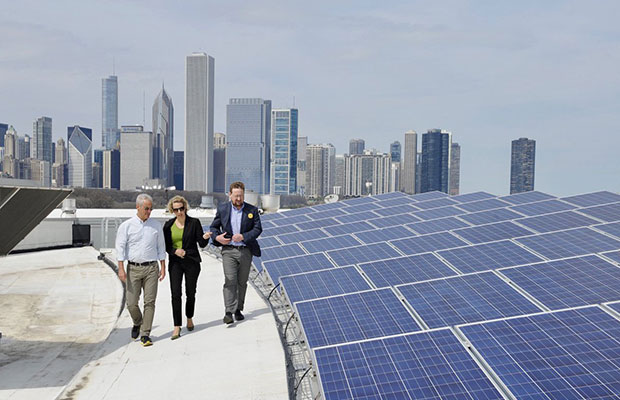 As WElink Energy’s Chief Executive Barry O’Neill said on the project “We are delighted by this deal to develop one of the world’s largest green energy power plants in Portugal. WElink has a history of delivering solar farms throughout the world and this development we have added to our portfolio is our most significant to date. Solar generation is an advanced technology by renewable standards and is playing a significant part in helping Europe meet its climate change obligations – we are delighted to be helping in this endeavor.”

O’Neill also said “The project is considered a milestone solar power plan for Portugal and followers on from the country’s renewable leadership which saw 57% of total consumption last year supplied completely by renewable energy”.

WElink claimed that it will be able to deliver the project without subsidies due to the increasing competitiveness of PV generation and the two firms’ ability to optimize costs. The southern location in Portugal also boasts excellent irradiation levels.

‘Solara4’ will include 850,000 solar power modules and is expected to employ around 300 people during construction. The project is expected to be grid-connected by mid-2019.

WElink Group’s chief executive, Barry O’Neill said: “We are delighted to be in a position to commence construction on our flagship Solara4 project, demonstrating that industrial scale clean-energy can be profitable without government subsidies and is a mature technology.”

WElink energy head of development said “The construction of ‘Solara4’ is the result of many months of great team work to deliver this internationally significant unsubsidized project in Portugal.  We are excited about both the delivery of this project as well as the additional opportunities Iberia represents.”