Addressing scientists, research staff and other guests during the event, Singh said the NISE should aim to establish itself as the world’s leading institute in solar energy through its world-class R&D. 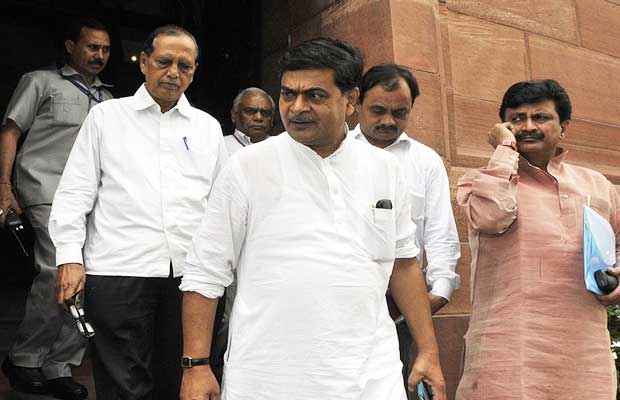 Power Minster R K Singh has called upon the National Institute of Solar Energy (NISE) to work with farm and dairy wings of the Centre and states to develop demonstrative projects in solar technologies.

“He (the minister) urged the NISE to work with central and state agriculture ministries, along with the National Dairy Development Board, to take up demonstration projects of solar technologies developed at the NISE,” a statement by the new and renewable energy ministry said.

Singh, who is also the new and renewable energy minister, presided over the 4th Foundation Day celebrations of the NISE at its Gurugram campus. He launched the Automation System for Customer Service Cell for Testing Facilities at the NISE.

According to the statement, the minister was particularly impressed with the solar-powered RO water dispensing ATM and the milk chilling unit.

Addressing scientists, research staff and other guests during the event, Singh said the NISE should aim to establish itself as the world’s leading institute in solar energy through its world-class R&D, testing and certification and training and emerge as a centre of excellence.

The NISE, Singh suggested, should strive further and set up regional centres for research and development in solar energy.

“There is no dearth of funds for R&D activities,” Singh said while complimenting the scientists on the number of innovative prototype projects developed at the NISE.

According to the minister, the NISE should work quickly and patent some of the products and encourage scientists to work out strategies for public-private collaborations to reach end-users. Singh gave away awards to school children for various competitions on solar energy.