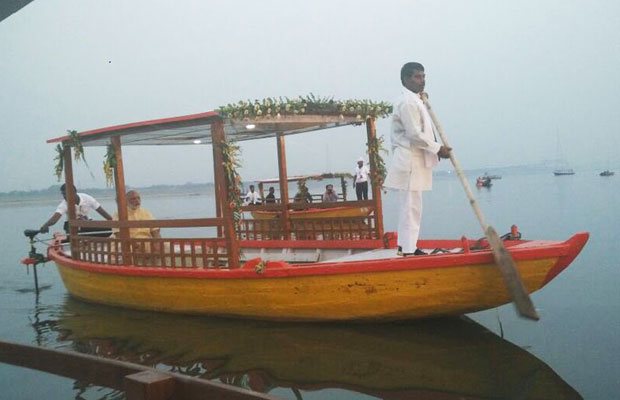 PM Narendra Modi has launched the country’s first solar powered e-boats on Sunday in his his Lok Sabha constituency Varanasi.

Modi reached Varanasi’s Assi Ghat to launch the e-boat service, It the same venue where he launched Clean India campaign couple of year back along river Ganga.  The PM distributed 11 e-boats to their owners and took a brief ride on an e-boat in the River Ganga, before arriving at the dais to address the gathering at Assi Ghat.

The Prime Minister emphasized that his Government was focused on creating schemes which would strengthen the people, and empower the poor so that they can battle poverty. The Prime Minister recalled how India’s indigenous navigation satellite network, has been named “NAVIC” in honour of the millions of people who earn their livelihoods on boats.

Earlier, the Prime Minister distributed e-rickshaws to beneficiaries, and interacted with them, at the DLW Grounds in Varanasi.