Prime Minister Narendra Modi emphasized the need for improving the financial sustainability of the power sector in order to solve the issues prevailing in the sector especially the power distribution sector.

He said during a detailed review meeting held on Thursday evening on the power sector with the Ministry of Power (MoP) and the Ministry of New and Renewable Energy (MNRE). Prime Minister also stressed on the need for more emphasis on ‘Make in India’ initiative. 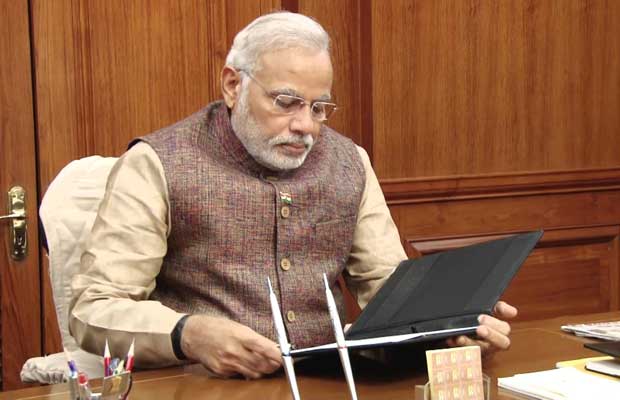 During the meeting, PM Modi also highlighted the significance of enhancing consumer satisfaction while increasing operational efficiency, and improving the financial sustainability of the power sector.

PM also pointed out that the problems in the power sector, especially of the electricity distribution segment, vary across regions and states. He further suggested that instead of looking for a one-size-fits-all solution, the Ministry should put in place state-specific solutions to incentivize each state to improve its performance.

Besides, PM Modi also advised Power Ministry officials to ensure that the Discoms publish their performance parameters periodically so that the people know how their Discoms fare in comparison to their peers.

During the meeting, the emphasis was also put on the need for increased usage of equipment in the power sector to be ‘Make in India’.

On the New and Renewable Energy, he stressed on the need for wholistic approach for the entire supply chain of the agriculture sector ranging from solar water pumps to decentralized solar cold storages.

In the meeting, emphasize was also made on the development of an ecosystem for manufacturing of ingots, wafers, cells and modules within the country, which would also help generate employment in addition to various other advantages.

Besides, he also desired to expedite the plan for carbon-neutral Ladakh and emphasized for drinking water supply in coastal areas by harnessing the solar and wind energy.

Meanwhile, Prime Minister, in his earlier meeting with the officials of the Power Ministry, emphasized on the need for enforcement of contracts effectively in order to attract private investments for the ailing power sector.