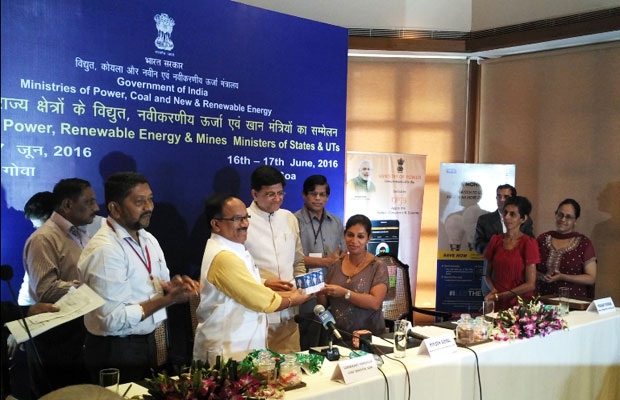 The Union Minister for Power, Coal and Renewable Energy Piyush Goyal Addressing the Conference of State Power, Energy and Renewable Energy Ministers at Goa said that his Ministry is committed to ensuring that every household is electrified and all farmers in the country get adequate and timely power in the country. The minister further added making a difference to the lives of poor, rural people and farmers is important in achieving our goal of 24X7 power for all-industry, commerce, households, farmers- in the country by the year 2019.

The minister underlined that Government is committed to cheaper adequate power in a sustainable efficient manner for the poor. He said we learn from experiences of states and I am happy that this conference has developed into a good platform for exchange of ideas and understand each other’s problems.

Reacting to the agenda items for the conference Goyal said that hydro and wind energy has been neglected areas and it is important to get them on track with long term plans for growth in the deliberations. Urban areas and our cities/towns also need 24×7 power. The minister threatening strict action against those involved in power theft said It is not the poor who steal and it’s the big people behind the power pilferage. He appealed to all states to reduce power thefts and said there is great political benefit in stopping power theft while asking support for the program being suggested in the conference for doing this.

The two day bi-annual conference has been organized by the Ministry for Power and Coal. Ministers from 19 states and Secretaries and officials from as many as 27 states are attending the two days conference.