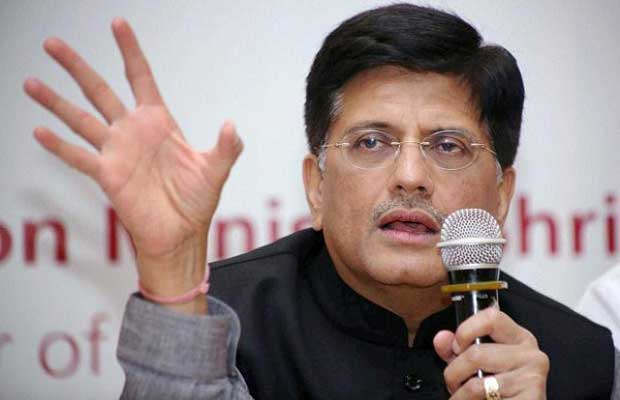 Government of India has set a vision of ‘24X7 Power for all’. To realize this vision, Ministry of Power, along with other central agencies, has put special focus on efficient utilization of conventional generation resources and development of 175 GW renewable capacity by 2022. All Central & State Government agencies along with private sector organizations are geared up to develop electricity infrastructure in the country.

For optimum use of resources, a strong National Grid has been evolved and a number of high capacity power transmission corridors have been developed to facilitate seamless power transfer from surplus regions to deficit areas.

First two reports Renewable Energy Integration: Transmission, an Enabler’ and ‘Green Energy Corridors – II’ to be presented by Goyal are prepared by PGCIL. The reports  cover aspects of comprehensive transmission plan to integrate renewable energy sources into the National Grid and role of Transmission as an Enabler in growing Renewable Energy (RE) penetration scenario. The third report has been prepared by Power System Operation Corporation Limited (POSOCO).

The ‘Renewable Energy Integration: Transmission, an Enabler’ report covers the study of balancing and stability issues for 15% & 30% RE capacity penetration and the aspects of Balancing Reserve Analysis with Thermal Power Plants, both gas and supercritical coal, Reservoir type Hydro & Pumped Storage Plants and the Way forward.

The ‘Green Energy Corridors-II’ (Part-A) report details about the identified capacity of Solar Parks and transmission infrastructure requirement in various states at Intra-State and Inter-state level. It inter-alia covers the financing options available for rationalization of transmission tariff and the challenges to be addressed to facilitate smooth integration of solar power parks.

The ‘Electricity Demand Pattern Analysis’ report covers the analysis of data archived by POSOCO since 2008 with insights towards diurnal, seasonal and yearly demand patterns, decomposition of demand data into seasonal trends at all levels – National, regional and individual State level. The Demand Pattern Analysis may be used by Central and state level planning agencies for Generation, transmission and distribution planning, Identification of areas/sectors with maximum growth and Behavioral pattern of the population residing in that state/ region. It can also be used as valuable input for research by the academia and the industry.

Goyal is also expected to launch ‘Coal Mitra’ – a Web portal for Flexibility in Utilization of Domestic Coal, during the event.