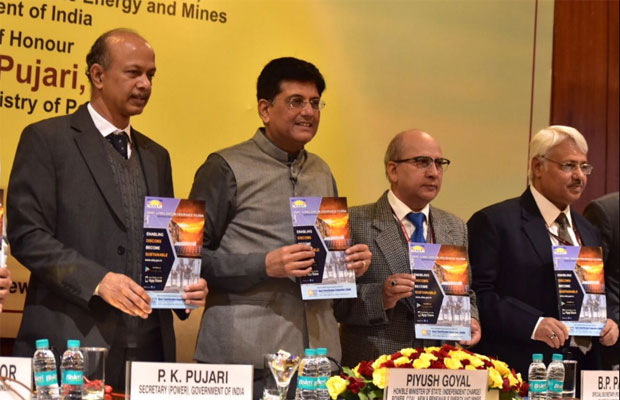 Union Minister of State for Power, Coal, New & Renewable Energy and Mines, Piyush Goyal on Wednesday launched Ujwal DISCOM Assurance Yojana (UDAY) Web Portal & Mobile App. The UDAY portal/app would track and monitor the progress of DISCOMs on operational and financial parameters under the UDAY scheme. An important part of the ‘Digital India Initiative’, the portal/app will ensure transparency, enhance accountability of various stakeholders and facilitate view of near real time progress, enabling consumers to demand better services for them.

Giving details of the UDAY portal/app, Goyal informed that it would provide details of latest progress made by various DISCOMs, as recent as last month/quarter. The DISCOM-level data will be integrated into State level and National level, which will be processed and used for advanced performance analysis. The National, State and DISCOM level dashboards will thus provide a snapshot of latest financial and operational performance at various levels in public domain.

The Minister said that the portal/app is a logical follow-up to the MoUs signed by the States under UDAY, not only to enable monitoring of the progress made by the DISCOMs at Central Ministry level, but also for making future schemes/plans for improving DISCOMs performance. This will be the first time when the performance metrics of various DISCOMs will be available in a single platform, which shall promote healthy competition amongst the DISCOMs/States. This will bring about an ethos of ‘Competitive Federalism’ among different States to achieve best progress in public schemes, especially in the power sector, Goyal added.

Praising the advent of transparency and accountability with the launch of web portals and mobile apps, Goyal said that the implementation of public programmes and schemes has become a ‘Citizen Process’, as these portals and apps have placed all the information in public domain for scrutiny. Suppliers can also develop their capabilities by understanding the focus area of the Utilities, resulting in improved performance by them, he added.