As former Minister of Power and Renewables, Goyal fast-tracked the electrification of 18,000 remote villages in India—bridging the country’s vast energy divide. 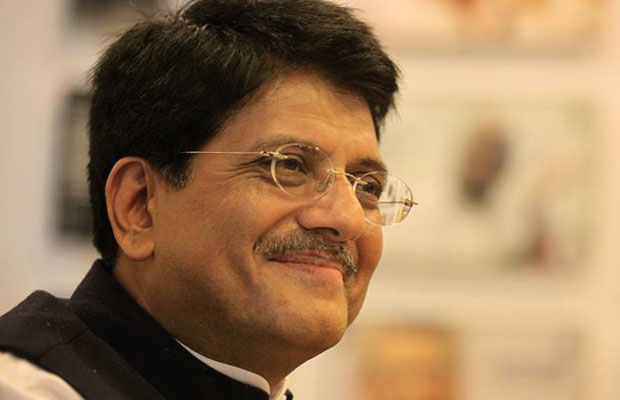 The Kleinman Center for Energy Policy bestowed its highest award ‘Carnot Prize’ to Piyush Goyal, India’s former Minister of Power and Renewables and current Minister of Railways and Coal.

As former Minister of Power and Renewables, Goyal fast-tracked the electrification of 18,000 remote villages in India—bridging the country’s vast energy divide.

Now, as the current Minister of Railways and Coal, Goyal faces the complex balancing act of keeping villages energized with reliable power, while delivering energy in the most sustainable way.

“This is a teaching moment at Penn and in the United States” said Mark Alan Hughes, founding faculty director of the Kleinman Center. “In 2017, 18 percent of U.S. primary energy was generated from coal. In the U.S. most of that coal combustion happens because we are being protected from clean energy disruptions. In India, on the other hand, coal is being burned to end energy poverty.”

The International Energy Agency (IEA) in its report said that in the year 2000, less than half of India’s population had access to electricity. Now, more than 80 percent of the population has access to electricity. If this pace continues, India will have universal electrification by 2020, “one of the largest successes in the history of electrification.”

Goyal has been instrumental in reforming India’s power markets and expanding renewable energy in an effort to meet the country’s Paris Agreement targets.

The Minister has successfully retired outdated coal plants while launching an ambitious renewable energy expansion program. Although India is the world’s fourth top CO2 emitter, the country is currently at 20% renewables and is on solid footing to reach a 40% renewable mix by 2030.

“We applaud the Honorable Minister Goyal for his courageous work in crafting policy capable of meeting the biggest challenges in energy,” said Frederick Steiner, dean and Paley Professor at PennDesign.

“It is a testament to the visionary leadership of Prime Minister Narendra Modi that this work energizing the lives of 1.3 billion Indians is being globally recognized with the Carnot Prize by the University of Pennsylvania,” said Goyal, who is using his award money to create a new energy prize in India. Goyal is partnering with the International Solar Alliance to award Indian institutions that maximize solar—particularly those that work with special needs children.