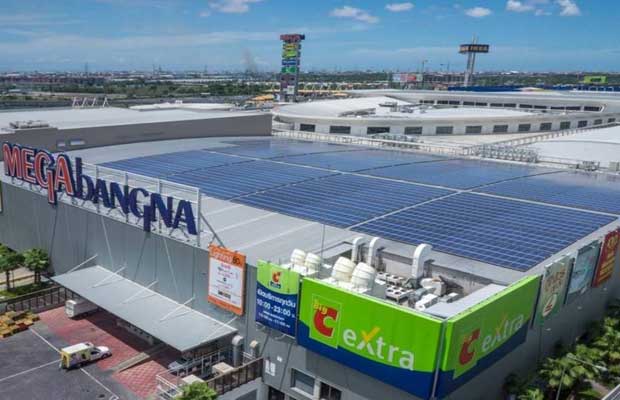 Installation of the solar panels by Phoenix Solar begins at IKEA Tampines in March and the project is expected to be completed in July this year.

Singapore’s Phoenix Solar has announced that it has been awarded a contract by IKEA Southeast Asia to design and build a 1 MWp solar system on the roof of IKEA Tampines. The system is expected to generate 1.3 million kilowatt hours per year – enough renewable energy to power the equivalent of 283 four-room HDB flats. IKEA expects to trim an estimated $2.4 million from the store’s electrical bills over the next ten years.

This project follows the successful 1 MWp solar rooftop system installation on top of the company’s Megabangna mall in Bangkok and is the start of additional collaborations already in the pipeline between IKEA Southeast Asia and Phoenix Solar.

The contract with the IKEA franchisee is based upon a non-exclusive regional framework agreement executed recently between the two companies covering turnkey services for engineering, procurement, installation, operation and maintenance (O&M) of commercial rooftop solar PV systems. The agreement provides a streamlined procurement process while maintaining competitive pricing strategies.

“This project supports a core sustainability goal for our company: to generate and consume renewable energy,” said Christian Rojkjaer, the Managing Director of IKEA Southeast Asia. “When we can reduce climate impact while saving long-term operational costs, it’s an easy business decision. At the same time, we contribute in a meaningful way to the development of renewable energy in Southeast Asia.”

The IKEA Cheras store in Kuala Lumpur already has a similar system on its rooftop. “We expect a positive impact – commercially and environmentally – from the Singapore project and from further cooperating with Phoenix Solar in our other regional projects in Southeast Asia,” said. Rojkjaer.

Eric Fleckten, Phoenix Solar Senior Vice President Asia/Pacific, added: “We are proud to expand our cooperation with IKEA Southeast Asia on a new contractual basis and with another project supporting the company’s move towards clean energy by providing top-class solar PV systems on time and on budget. The cooperation is a strong contribution to our strategy of sustainable and profitable growth in the region.”

Installation of the solar panels by Phoenix Solar begins at IKEA Tampines in March and the project is expected to be completed in July this year.