The latest edition of the United Nations Development Programme (UNDP) Human Development Report (HDR) cited the case of India to explain the disparity in the investments made in renewable energy amongst lower-middle-income and low-income countries, and high-income countries.

Here the Indian case is examined by the report. 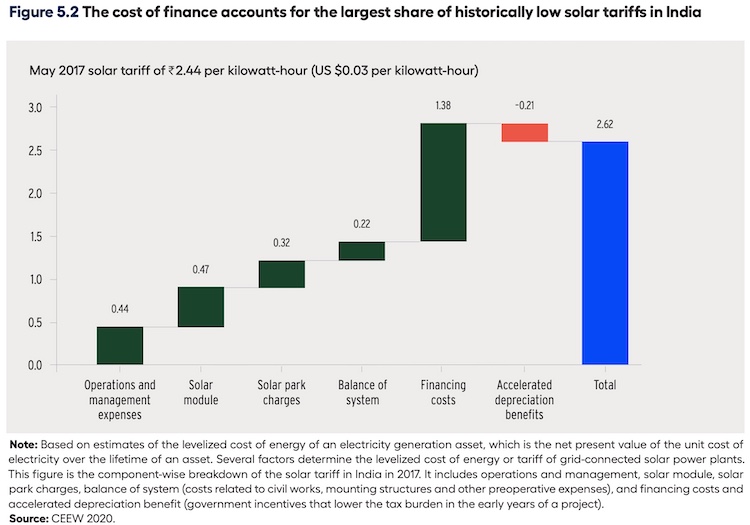 It cites that in India, where financing costs account for 50–65 percent of renewable energy tariffs. Solar tariffs have consistently fallen in India since 2010. But since a high share of the tariff is the cost of capital, even big declines in equipment costs could lower tariffs only so much. The cost of capital is high, even with a maturing market, partly because of the perceived risks in renewable energy investments. So policy had to reduce risk perceptions and improve the bankability of renewable energy projects. Large solar parks were attractive to international investors, and when the bids were backed by central and state government guarantees or credible off-takers (such as the Delhi Metro Rail Corporation), tariffs fell sharply. The government aimed to improve the availability and pricing of project debt finance over time, facilitating lower cost investment.

Thus, the report adds that incentives can thus lower the cost of finance and improve access to domestic and foreign institutional capital. Options include pooled de-risking of projects across different geographies; solar parks that allow developers to adopt a plug-and-play model and shorten construction timelines; and greater transparency about policies, deployment and project performance to reduce perceived risk.

Drawing back to its earlier claim that incentives are required to shift finance towards low-carbon energy. 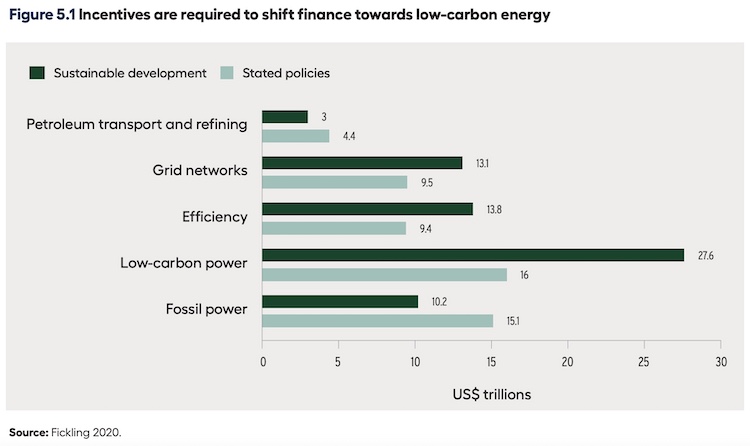 The report states that cumulative global investment in low-carbon power between 2020 and 2040, based on stated energy policies, is about USD 16 trillion. But to reach net-zero emissions by 2050, that would have to increase to more than USD 27 trillion, with other shifts in energy efficiency and grid networks as well as lower investment in fossil fuel power and oil transport and refining.

Such shifts call for a wide range of changes in incentives, with governments playing a key role, but they can also emerge as a result of pressure from the investors who entrust their savings to financial firms.