Home » News » Part 2 on The Discom Perspective of Solar. Solutions

Part 2 on The Discom Perspective of Solar. Solutions

Continuing from Part 1 of the analysis yesterday, we move to part 2 today, on the solutions discoms have proposed.

In part 1 of our analysis of the report ” Solar Rooftop-The Discom Perspective”, we shared with you the key issues flagged by multiple discoms across India , when it comes to their relationship with the growth of solar rooftops.  But discoms do suggest a  few solutions too. Will these be enough? Or will it take a lot more to help the market hit its potential? Lets find out. Keep in mind that the solutions come from the perspective of a collective of firms (discoms)  that owe generation firms almost Rs 70,000 crores in June ‘2019, of which over Rs 51,000 crores was overdue.

Thus, one of the most interesting suggestions is for a move towards gross metering, instead of net metering. Gross-metering with a moderate feed-in-tariff is the suggested ideal arrangement over net-metering for a well developed solar rooftop market, as the net-metering arrangement have greater financial implications on the Discoms.  Going further, one of the solutions suggested at the DUF meeting was a regulatory arrangement where both the models co-exist, allowing the Discom to choose the appropriate model for each customer category. Probably read to mean net metering for very small set ups, and gross metering for setups close to 10 KW and above.  Interestingly, the MERC (Maharashtra Energy Regulatory Commission) , which has proposed such a shift once again, has got a strong pushback from industry already.

Speaking about the MERC move, Maxson Lewis, MD, Magenta Power says “Last year MERC attempted to push the Gross metering agenda as a replacement to Net metering. This was held back given the joint push back. This year again MERC is pushing the same agenda under a different name. Effectively this proposed policy pushes back the ROI of rooftop solar. We are not averse to this policy since as a regulatory body they are in their right to do so. The question is the intent. Improving the profitability of state discoms by ‘in a way taxing’ solar installation is not the right path. We would rather have the discom focus on improving their operational efficiencies, improve recovery and stopping political largesse. Making the inevitable growth of solar to hide operational efficiencies is wrong at multiple fronts – economic and social.” A view that resonates across a large segment of the rooftop sector on the non-discom side.

Creating storage for excess energy generation that can be used to even out system demand, importance of anti-islanding feature, and determination of appropriate PV hosting capacity in their distribution network & accessibility to the solar inverters as and when required is another demand from discoms.  This issue is closely related to the quality of power injected into the grid,  as rooftop solar scales to a significant level. Including the harmonics effects due to power electronic devices used in solar PV system. Discoms have also suggested  a need for power flow simulation studies to understand the technical impacts of increased penetration of solar rooftop on the distribution network.

Interestingly this wish could be fulfilled with technology sooner than expected . The next generation of solar inverters could solve this problem by itself. As Storage  becomes cheaper and therefore more common, better grid integration is expected to follow, with better home energy management and building energy management.  Not only is the Software in inverters  readying for a major upgrade,  the next big breakthrough in smart inverters might just solve the issue of grid integration and make having more solar a compelling need for a grid, rather than a desirable option. This is because large rooftop firms  will be in a position to aggregate their storage + solar installations in real time, and integrate it with the discom to calibrate supply based on demand, either directly, when the sun is out, or from storage. Thus, this is one discom suggestion that might actually be solved in the coming years, hopefully apace with solar rooftop expansion. 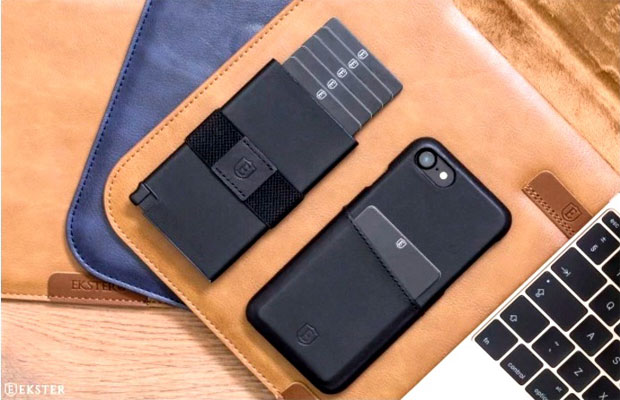 Some Smart Answers Coming for the Grid Soon

Discoms emphasized on controlling capacity so that it does not exceed contract demand. This is primarily to ward off potential revenue loss due to increased injection of energy from solar rooftop systems into Discoms systems. In some ways, this is being done under net metering rules currently, where rooftop capacity cannot exceed  sanctioned load.

Making a case for a stronger, cohesive push for increasing consumer awareness,  discoms  also emphasised the need for operational and administrative challenges being looked into by the respective state government and other concerned agencies, and come up with utility specific operational strategies. In other words, they also made a plea for simplifying rules and regulations, coupled with adequate staff training.

Mandating Discoms as one of the key implementing agencies for solar rooftop duly taking care of their operational and administrative costs & revenue loss on account of introduction of solar rooftop would go a long way in giving requisite thrust to the solar rooftop programme. In other words, without a strong incentive, discoms question why they should push for solar rooftops beyond their minimum obligations.

An interesting example cited in the report has been the case of BSES Rajdhani Power Ltd in Delhi. (BRPL) launched a “Utility-Anchored Rooftop Programme” known as BRPL Solar City Initiative. BRPL acts as the facilitator for aggregating demand of interested rooftop consumers and inviting bids for supply from the empanelled solar rooftop vendors. BRPL also ensures technical compliance and plant monitoring of the projects. The programme also included creating consumer awareness in regard to benefits of solar energy. This project effectively took the benefits of solar even to people without rooftops for installation broadbasing the movement and involvement of citizenry. We beleve there is also a case for large firms, which cannot offset their carbon intensity beyond a point or even otherwise, to have an option  to become a sort of guarantor for clusters of smaller firms, so that they these smaller firms, like the rural example, can shift to green energy, in a process controlled by discoms. The surety of a large firm should earn it a small return, even as smaller firms get the benefits of green energy at a lower cost.

For now, discoms make a strong case to create new metering arrangements such as virtual or group net metering also need to be looked into to promote solar rooftop for low-paying consumers, especially the rural or agriculture consumers.

A nationwide certification framework (0-10kW, 10 kW-100 kW & >100 kW systems) as well as standardization of processes of application, such as documents to be submitted for connection application for a solar rooftop system, quality of workmanship to be followed during the installation process were also underlined as a key challenge to solve. This would help in building consumer confidence as well as getting the best possible yield on a sustained basis, claim discoms.

Taking on the challenge of agricultural subsidies and solar in rural areas, discoms made a case for promoting solar at rural sub stations. This would  enable Discoms to supply reliable electricity to agricultural consumers during day-time. Further, the Discoms would be saving on power purchase costs for meeting the demand for agriculture and can avoid the AT&C losses, which are usually high for agricultural consumers. As the burden of subsidy for supply of practically free electricity for agriculture in most states is met by cross-subsidy, this would also reduce the burden on other consumer categories. Discoms opined that support from the Government in terms of financial incentives and clear policy can encourage Discoms to consider promoting solar rooftop in their license area.

The Report ‘Solar rooftop: Perspective of  Discoms’ has been brought out by TERI (The Energy and Resources Institute)  and Shakti Sustainable Energy Foundation has been the basis of our inputs on the discoms perspective.  The lead researchers for the report are Rashi Singh, Rishabh Sethi and Robin Mazumdar