Over 90% of Electric 2Ws in India To Lose FAME II Subsidy: Report 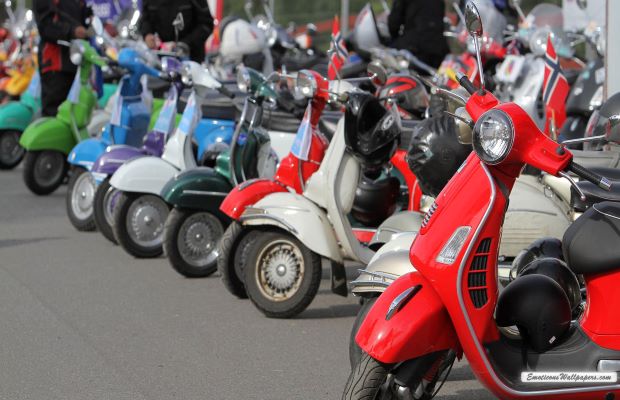 On March 28, 2019, the Ministry of Heavy Industry and Public Enterprise issued a notification, which laid out the eligibility criteria for electric buses, passenger vehicles, three- and two-wheelers to avail of the FAME-II incentives. The criteria based on minimum top speed, minimum range per charge, minimum acceleration and energy consumption efficiency of electric vehicles (EVs). It has also mandated that all EVs except e-rickshaws and e-carts should have regenerative braking capability to be eligible for incentive.

The report interestingly found that around 90% of the vehicles that availed of incentives under the FAME I scheme, which was operational between April 1, 2015, and March 31, 2019, were electric scooters.

While, the government’s outlay of Rs 895 crore for FAME-I has been increased ten-fold to Rs 10,000 crore in FAME-II, which will be implemented over three years starting April 1, 2019, and will be applicable to vehicles with ‘advanced batteries’. About 85% of the outlay would be as a demand incentive applicable to buses, passenger vehicles and three-wheelers registered for commercial usage and public transport, along with privately owned two-wheelers.

The report says that under FAME-I, incentive was provided to all battery- powered vehicles including those that run on lead acid batteries. Up until September 2018, around 90 percent of the beneficiaries under FAME-I were lead-acid-battery powered electric scooters.

These scooters were priced below Rs 50,000 (after including the FAME-I incentive of around Rs 9,000), while lithium-ion battery-driven scooters, which costs around Rs 70,000 after incentive, and many internal combustion engine scooters are more expensive. Because of their lower upfront cost, detachable batteries (limiting need for public charging infrastructure) and inherent cost benefits of EVs led to a pick-up in e-scooter sales to around 55,000 units in fiscal 2018, according to Society of Manufacturers of Electric Vehicles (SMEV) data.

The FAME-II continues to exclude lead-acid battery-powered two-wheelers. Additionally, as per the latest eligibility criteria, e-scooters ought to have a minimum range of 80km per charge and minimum top speed of 40kph, along with riders on energy consumption efficiency, minimum acceleration and higher number of charging cycles. This precludes more than 90 percent of the remaining lithium-ion battery-driven models from the subsidy.

CRISIL says EV makers have been caught off-guard by the stringent eligibility criteria leaving them no time to conform. They are expected to increase the battery size of their offerings for higher range and speed, improve battery technology for more charging cycles and also install electric regenerative breaking technology in their two-wheelers in order to be eligible for the incentives.

Moreover, the requirement of 50% localization in manufacturing is also expected to be a hurdle for many OEMs. And going ahead, upgradation of products and localisation would increase the costs for electric scooters, which could hurt demand. OEMs are expected to take time to come up with new models eligible for FAME-II demand incentive along with the necessary level of localisation. It would happen only after they make changes in production and exhaust inventory of vehicles that are not eligible for subsidy.

Earlier, the incentive for lithium-ion battery-based two-wheelers stood at Rs 17,000 or Rs 22,000, based on the fuel savings potential and irrespective of the size of the battery. With FAME-II linking the demand incentive to the size of the battery, the government is providing Rs 10,000 per kWh of battery used for a two-wheeler. As the average size of a lithium-ion battery in electric scooters sold during FAME-I was around 1.5kWh (average subsidy of around Rs 15,000 per vehicle), it reduced the average subsidy per vehicle by Rs 2,000 to Rs 7,000.

CRISIL finds that the e-scooter industry would see turbulence in the initial phase of the FAME-II. In the near term, liquidating inventory would necessitate higher discounts to offset the lack of subsidy. EV makers would then concentrate on localisation and building supply chains alongside product development to come up with new models. They have also requested the government to re-consider the stringent norms, concludes the report.