Over 1.03 crore smart LED street lights have been installed to date, which led to an estimated energy savings of 6.97 billion kWh per year, EESL has said. 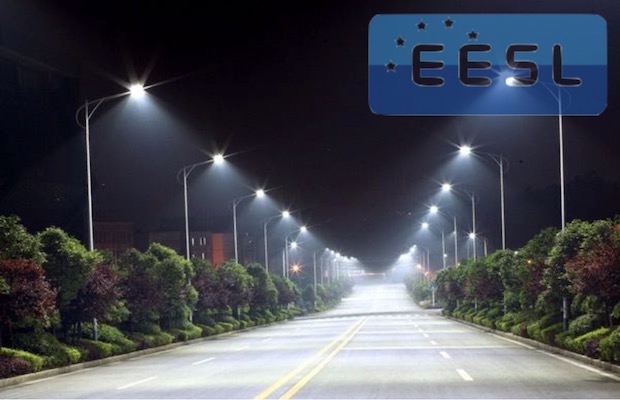 Over 1.03 crore smart LED street lights have been installed to date, which led to an estimated energy savings of 6.97 billion kWh per year, Energy Efficiency Services Ltd (EESL) has said. These lights have been installed under the Street Light National Programme (SLNP), which is being implemented by state-owned EESL — a joint venture of PSUs under the Power Ministry.

“Under the SLNP programme, over 1.03 crore smart LED streetlights have been installed to date, enabling an estimated energy savings of 6.97 billion kWh per year with an avoided peak demand of 1,161 MW,” EESL said in a statement.

LED street lights have been installed in various states across the country, helping generate approximately 13,000 jobs to support the government’s Make in India initiative.

Through the government’s zero-subsidy Unnat Jyoti by Affordable LEDs for All (UJALA) initiative, over 36.13 crore LED bulbs have been distributed across India. This has resulted in estimated energy savings of 46.92 billion kWh per year, avoided peak demand of 9,394 MW.

Furthermore, a part of financing received from the KFW Development Bank will be used for payment under this contract. KFW has provided finance to India for the cost of project called Energy Efficiency in Energy Intensive Sectors (EESL II).