Together with its partners, Ørsted has received funding for the construction of a 2MW electrolysis plant with appurtenant hydrogen storage. 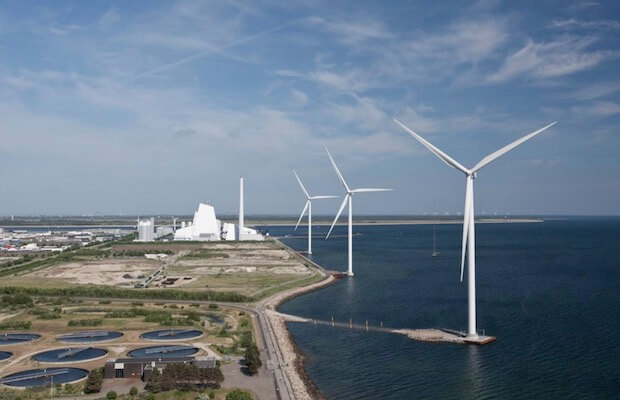 Together with its partners, Ørsted has announced that it has received funding of DKK 34.6 million for the construction of a 2MW electrolysis plant with appurtenant hydrogen storage. The plant will use electricity from offshore wind turbines to produce renewable hydrogen for buses, lorries and potentially taxis.

The daily hydrogen production is expected to total around 600 kg, enough to power 20-30 buses, while also making testing its use in lorries and taxis possible. The funding awarded to the H2RES project is the largest among the 53 projects which have received funding from the EUDP in this second 2019 call for applications.

Anders Nordstrøm, vice president and head of Ørsted’s hydrogen activities said that renewable hydrogen could potentially form a cornerstone of Denmark’s ambition to reduce greenhouse gas emissions by 70 percent in 2030 and of the transition to a world that runs entirely on green energy. Heavy road transport is one of the sectors which can be made greener by indirect electrification with hydrogen produced from renewable sources.

“However, renewable hydrogen is currently more expensive than hydrogen produced from gas or coal. Therefore, we need to be able to demonstrate the technology and gather experience, that will make it possible to scale up the technology and make it more efficient so that we’ll be able to produce renewable hydrogen at a price which can compete with the price of the fossil-based alternatives.”

Hydrogen is widely used in heavy industry in Europe, but it is mainly produced by converting fossil fuels in a process that emits large amounts of greenhouse gases. Hydrogen may also be produced using electrolysis, a process in which electricity is used to split water into hydrogen and oxygen. If the power used for electrolysis originates from renewable energy sources, the hydrogen produced will be renewable.

Therefore, the H2RES project, for which Ørsted and partners have just now received funding, will be using power directly from Ørsted’s two 3.6MW offshore wind turbines at the Avedøre Power Station. Moreover, electrolysis can be run flexibly, thereby helping to ensure flexible use of the fluctuating power production from the offshore wind turbines.