Ørtsed to go Ahead With 230 MW Wind Farm in Nebraska

Ørsted has announced that it’s subsidiary, Lincoln Clean Energy has issued the ‘Final Notice to Proceed’ on its 230 MW wind facility in Nebraska 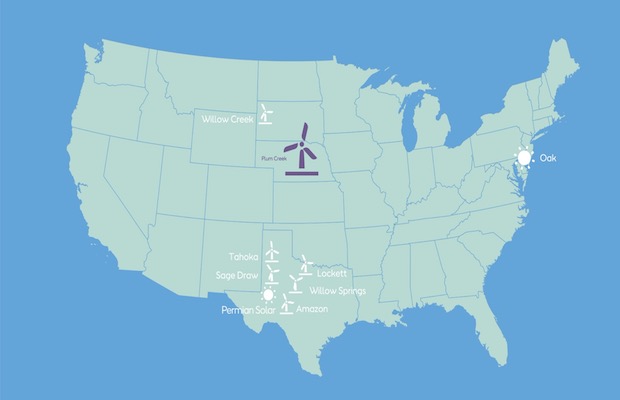 Global wind major Ørtsed has announced that it’s US onshore subsidiary, Lincoln Clean Energy (LCE), a leading developer of US renewables, has issued the ‘Final Notice to Proceed’ on its 230 MW Plum Creek wind facility in Wayne County, Nebraska. The milestone follows Ørsted Board approval of the final investment decision.

The 230 MW wind farm is expected to be operational in 2020 and will generate enough energy to power up to 100,000 homes annually. Upon issuance, LCE now has 670 MW of wind facilities under construction across three states: Texas, Nebraska, and South Dakota.

The firm also announced that it has entered into long-term power purchase agreements (PPA) for the facility’s power with The J.M. Smucker Company, Vail Resorts and Avery Dennison Corporation.

“We’re happy to announce that the Plum Creek facility has reached this important milestone that keeps us on target to achieve commercial operation by 2020,” said Declan Flanagan, CEO of LCE. “Plum Creek is an excellent addition to the growing LCE portfolio and expands our geographic footprint in the attractive Southwest Power Pool (SPP) market, which serves the central United States.”

In July, we reported that LCE had achieved commercial operation of its Lockett Wind project, a 184MW wind farm in Wilbarger, Texas. The project will generate over 700,000 megawatt-hours (MWh) of renewable energy per year—enough to power the equivalent of 70,000 U.S. homes.

LCE purchased the project from Pattern Energy Group, an independent renewable energy company with wind and solar assets in the United States, Canada, and Japan. The project is expected to come online in the fourth quarter of 2020. Combined with its Plum Creek wind farm in Nebraska, planned for construction in 2020, this latest acquisition further expands LCE’s operations into the Southwest Power Pool (SPP) market.