In Campeche, a new solar park has started producing enough electricity to supply more than 300,000 homes with electricity each year.

The $440 million La Pimienta facility, built by American company Atlas Renewable Energy in the municipality of Carmen in the southwest, was formally inaugurated recently. 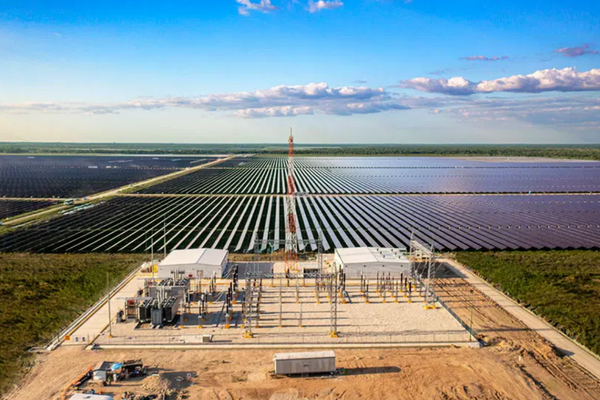 According to Atlas, with a 300 megawatt (MW) capacity, it is the second-largest solar project in Mexico and is currently “fully operational.” The 754 MW plant in Coahuila is the biggest solar farm in Mexico and is run by the Italian company Enel.

Under a 15-year contract, La Pimienta will provide electricity to the government-owned Federal Electricity Commission”to fulfill the power needs of the Yucatán Peninsula.”

La Pimienta is made up of 651 hectares of land and more than a million solar panels. According to the firm, the solar farm will yearly produce roughly 789 Gigawatt hours, or enough electricity to serve more than 300,000 homes.

At the launch, Camilo Serrano, general manager for Atlas in Mexico, expressed the company’s “proudness that our largest project to date is now fully functioning.”

Serrano suggested that the La Pimienta project would eventually produce wind energy as well. Anbal Ostoa Ortega, the minister of governance for Campeche, and Dorothy Ngutter, the American consul general in Mérida, both attended the inauguration event, where Ngutter stressed the American government’s commitment to sustainable energy initiatives in Mexico.

At the United Nations Climate Change Conference earlier this month in Egypt, Foreign Affairs Minister Marcelo Ebrard announced that Mexico and the United States would work together to quadruple their ability to create renewable energy over the following eight years.

In a statement, Atlas claimed that more than 1,000 jobs, many of which were held by locals, were created as a result of the construction of La Pimienta. To increase female representation (in the construction of the solar park) from the customary 2% to 15%, the company stated that it “trained 355 local women in technical skills and hired 165 of them.”