The use of off-grid solar panels have facilitated in bringing electricity to three remote villages in Jashpur district. This has helped in provide electricity to the residents who could not get power connections since Independence. 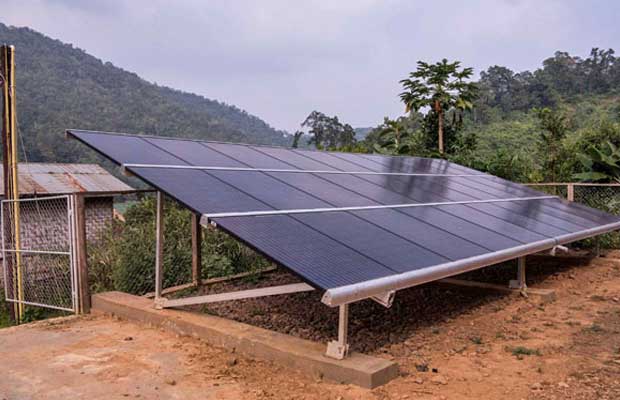 More than 100 houses and streets in three villages of Dhawaipath, Kuraag and Karanpur and its two hamlets were illuminated with LED bulbs, bringing a ray of hope of development to these remote villages in Manora development block. This also brought mobile phone connectivity as earlier the villagers had to travel about five kilometres away from their village to have access to mobile networks.

Chhattisgarh Renewable Energy Development Agency (CREDA) assistant engineer D Sidar said, ” As all these villages are located on hill-top, it was a humongous task to establish the electricity set-up of solar plant for these villages, which are cut off from the mainstream life and surrounded by dense forests and hilly terrains.”

In order to reach out to the spot for establishing the main power plant, the team of CREDA officials, village residents and technicians everyday travelled for 13 kilometers on the mountain due to absence of the road. As these villages are located in midst of dense forest and to avoid the encounter with wild animals, the work of installing the power plant used to wind up at 5 in the evening, the CREDA officials mentioned. The installation of solar power plant and providing electricity to the villages was accomplished in span of one-and-a- half month.