Schools, and other educational institutions remain rime candidates for solar, but at a government level, the Delhi government seems to have a done a better job of implementing a plan 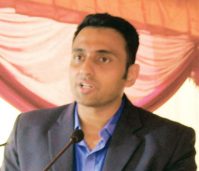 New Delhi based Oakridge Energy has reportedly signed agreements with the Delhi government and Kendriya Vidyalaya Sangathan to install solar PV plants at more schools in Delhi and elsewhere. The firm has been involved with this segment for some time now, and has clearly done well enough to expand on its presence here. The firm, led by CEO Shravan Sampath, seems to have discovered its niche in the education segment, as its past work, and pipeline demonstrates.

The company says it has solarised over 15 schools of the Department of Education in Delhi this year, besides the recently commissioning of the  217 KW plant at Delhi University’s  Lady Irwin College. This has been rated as one of the largest such installations in Delhi.

For schools and educational institutions, there is a very strong case for solar installations, as not only do they have adequate rooftop space, but working hours are also well aligned to solar power generation. The sheer numbers also point to huge possibilities, if the government was to go on mission mode for solar installations in this segment. For many such institutions, solar will not only save money, but also generate possible income for use in other critical functions. Schools in rural areas particularly, which suffer from power at odd hours, could benefit too.

The newest Oakridge project is being developed under the MNRE’s capital subsidy scheme for government buildings, which the Delhi government has utilised for solarising its schools, the company said.

“Our goal is to solarise 1,000 schools and educational institutions by 2022, thereby providing schools access to clean and green solar energy, while also providing them reduced electricity bills in a post COVID phase when they are looking for cost savings,” Oakridge Energy CEO Shravan Sampath said.

Tags: oakride energy, schools solarisation, Shravan Sampath
"Want to be featured here or have news to share? Write to info[at]saurenergy.com