NV Energy has submitted a separate request with the Public Utilities Commission of Nevada to utilize the NV GreenEnergy Rider program to help a major customer offset 100 percent of its next phase of growth with solar energy. 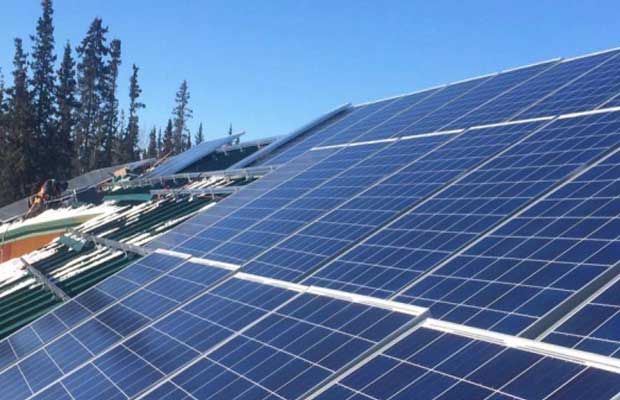 In its continuing effort to serve its customers with low-cost renewable energy, NV Energy filed a request with the Public Utilities Commission of Nevada to approve three new long-term power purchase agreements totaling 100 megawatts.  The three new solar energy projects, if approved, will be built in Nevada.

NV Energy’s President and Chief Executive Officer Paul Caudill noted that the projects include the largest solar energy array in Northern Nevada at a nameplate rating of 50 megawatts.

“These new projects signal an important step toward NV Energy’s commitment to partner with our customers in order to serve them with 100% renewable energy.  Equally important to the low-cost solar energy being added to our customers’ portfolio, these projects benefit Nevada’s working families and provide another opportunity for our construction trade partners to gain skills in the renewable industry,” Caudill said.  “We are pleased that all three projects include work site agreements with the International Brotherhood of Electrical Workers.”

It is estimated that up to 250 construction workers and nine permanent positions would be needed for the three projects.

The largest of the three new projects is the 50-megawatt Turquoise Nevada solar project, to be constructed in the Reno Technology Park in Washoe County, Nevada. The project will benefit from a 25-year power purchase agreement with NV Energy and is expected to be operational by the end of 2020.

The Turquoise Nevada solar energy project is a venture of Estuary Capital Advisors and Sumitomo Corporation of Americas. Sumitomo is an integrated global trading and investment enterprise with ownership in renewable energy facilities totaling 5,000 megawatts worldwide.

NV Energy has submitted a separate request with the Public Utilities Commission of Nevada to utilize the NV GreenEnergy Rider program to help a major customer offset 100 percent of its next phase of growth with solar energy.

“We are excited to help bring the largest solar energy field in Northern Nevada to a reality, and we appreciate the dedication many large Nevada customers have to using the NV GreenEnergy Rider program to offset their energy usage using renewable resources,” stated Pat Egan, NV Energy senior vice-president, renewable energy and smart infrastructure.

The new solar resources will be owned by Techren Solar, LLC and will be located adjacent to the 300-megawatt Techren Solar 1 and 2 projects that are in development in Boulder City’s Eldorado Valley.

“To the best of our knowledge, Techren 3 and 4 are the lowest-cost universal solar power purchase agreements entered into in the United States,” Egan said.

Today NV Energy customers are served by 19 geothermal energy plants, 16 universal-scale solar energy fields, six hydro projects, five biomass or methane projects and one wind farm. In total, these projects represent more than 1600 megawatts of nameplate renewable energy capacity. If all were operating at the same time they would generate enough energy to serve nearly a million typical homes in Nevada.