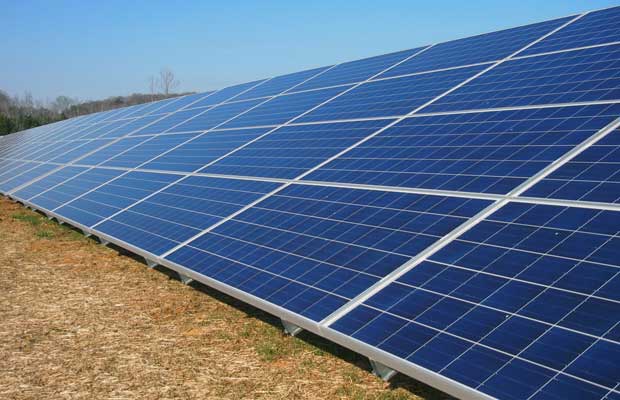 NTPC Ltd. has issued an Invitation For Bids (IFB) for the development of a 20 MW solar PV project at NTPC-Rihand.

The state-owned utility has invited bids from eligible bidders on a single stage two envelope basis with reverse auction for the development of the solar project.

The scope of work for the selected bidders will include the designs engineering, manufacturing, supply, packing and forwarding, transportation, unloading, storage, installation and commissioning of the grid-connected capacity of 20 MW solar project on turnkey basis.

The selected bidders will also be required to provide operation & maintenance of complete solar PV plant along with electrical equipment, consumables and spare parts for a period of three years from the date of successful completion of the trial run.

The last date for bid submission is August 27, 2019, and the techno-commercial bids will be opened on August 28, 2019. The date and time of the reverse auction will be initiated at a later date. A pre-bid meeting has been scheduled for August 16, 2019, to address the concerns raised by the prospective bidders.

All bidders must submit a bid security amount of Rs 1 crore along with their bids.

To be eligible, the bidder should have designed, supplied, erected/supervised erection and commissioned/ supervised commissioning of Solar Photo Voltaic (SPV) based grid-connected power plant(s) of cumulative installed capacity of 16 MWp or higher, out of which at least one plant should have been of 4 MWp or higher capacity. The reference plant of 4 MWp or higher capacity must have been in successful operation for at least six months prior to the date of techno-commercial bid opening.

The average annual turnover of the bidder, should not be less than Rs 67 crore during the preceding three financial years as on date of techno-commercial bid opening.

In June, we reported that NTPC won 40 MW solar energy projects in an auction conducted by Uttar Pradesh New and Renewable Energy Development Agency (UPNEDA). And that the company is to develop two solar projects worth 20 MW each at the Auraiya and Rihand after it won both projects in the e-reverse auction at a levelised tariff of Rs 3.02/kWh for a period of 25-years.