The National Solar Energy Federation of India, in a letter from its CEO, Subrahmanyam Pulipaka to the GM, SECI, has urged the agency to extend the last date for submission of bids for its Solar projects under Tranche IX to July 15, 2020. The earlier date for the bid submissions is 22nd June.

NSEFI, which claims to represent “leading International, National and regional companies and Includes Solar Developers, Manufacturers, EPC Contractors, Rooftop Installers, System Integrators, and Balance of plant suppliers and manufacturers, Small and Medium Enterprises (MSME)”, is the apex body for the sector in India. The federation is headed by its Chairman, Pranav R Mehta. 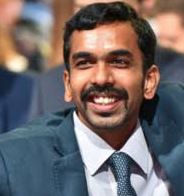 The detailed letter, among other things, also makes some other key demands, some of which have been heard at other industry interactions too. By both Power Minister R.K. Singh and other key MNRE functionaries.

The demands, and some queries, have been listed below:

2. Whether Incremental Capacity at a ISTS Substation, which is not part of current CTU approved plan, but is expected to be approved in the coming months can be considered for the bid?

4. Success fee and PBG (Performance Bank Guarantee)  be required to be submitted by the successful bidders only after the PPA becomes effective under Point No. 1 above.

5. Bidders be required to make LTA applications after tariff and PSA adoption by the respective ERC.

With just six days to go for the deadline, it is not inconceivable that SECI will pay heed to the request, especially deadline extension, particularly if the response falls short of their expectations. Keep in mind that in the past few months , cancellations have always been an option on the table due to lack of adequate response.

Copies of the letter, which have been marked to Secretary MNRE, JS (Solar) MNRE, and the SECI CEO, were released to the media yesterday. Some of the issues raised probably go beyond SECI’s remit, especially points 2 and 5, where the broader power ministry set up might need to get involved.