The New and Renewable Energy Development Corporation of Andhra Pradesh (NREDCAP) has set on the task of mobilising user agencies in domestic, commercial, industrial and government buildings for installation of solar power panels.

Chief Minister OF Andhra Pradesh, Mr. N. Chandrababu Naidu is keen that the government offices take the lead in tapping the solar power that can become the game-changer in the power scenario. 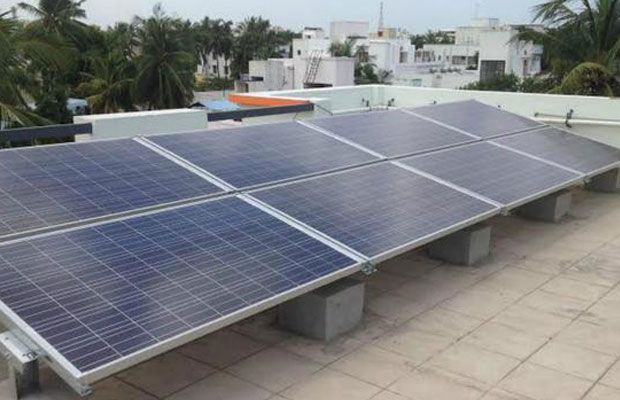 An energy audit of government offices in West Godavari district had revealed that around 50 percent of the energy could be saved if these offices opted for solar power. After this, the NREDCAP officials embarked on the task of persuading government offices, from panchayat-level to the State-level, to have solar panels installed.

To provide impetus to its Grid-Connected Rooftop and Small Solar Power Plants Programme, the Union Ministry of New and Renewable Energy has scaled up the budget from Rs. 600 crore during the 12th Five Year Plan to Rs. 5,000 crore for implementation over a period of five years up to 2019-20 under the National Solar Mission.

Mr. K. Srinivasa Rao, Krishna District Manager of NREDCAP mentioned that “To encourage institutions, organisations and individuals to embrace solar power, an attractive incentive scheme has been rolled out by the government. Under this, a government office, it could be a Ministry, a department, organisations of both the Central and the State governments or PSUs, is entitled to an incentive of Rs. 18,750 per kw of solar power installed.”

Private agencies have been roped in for installation of the solar units and these agencies will charge only Rs. 6.40 per unit of power against Rs. 7.20 per unit charged by the power distribution companies.

Mr. Srinivasa Rao further added that “The user does not have to worry about tariff escalation either.”

The Vijayawada Municipal Corporation (VMC) has opted for 500 kw plant which entitles it to an incentive to the tune of nearly Rs. 50 crore. In addition, the Corporation has also identified 25 more places for installation of solar panels, said Mr. Srinivasa Rao.

Andhra Pradesh is in the first place in use of solar pump sets at the national-level. Mr. Srinivasa Rao expressed hope that the success tale would repeat in the case of rooftop panels also.