Not Joking About Solar-Powered Wall on US-Mexico Border: Donald Trump 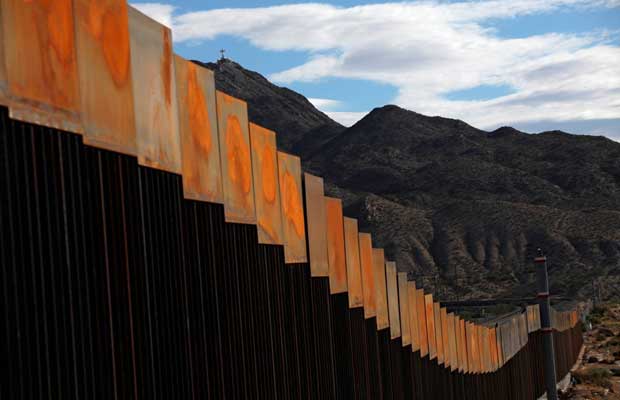 President Donald Trump seeks a chance to build a solar wall with a see-through provision for security reasons for around for 700-900 miles of border.

President Donald Trump has said he was “not joking” about his proposed plan to build a solar- powered wall on the US-Mexico border with a see-through provision for security reasons.

“No, not joking, no. There is a chance that we can do a solar wall,” Trump told reporters aboard Air Force One travelling with him to Paris from Washington.

Major companies are looking at that, he said.

He said the wall would have to be see-through, a demand that is been made by some Border Patrol officials who oversee the border.

“You have to be able to see through it. In other words, if you can’t see through that wall — so it could be a steel wall with openings, but you have to have openings because you have to see what is on the other side of the wall,” Trump added.

“As horrible as it sounds, when they throw large sacks of drugs over, and if you have people on the other side of the wall, you don’t see them — they hit you on the head with 60 pounds of stuff? It’s over. As crazy as that sounds, you need transparency through that wall. But we have some incredible designs,” he said.

Trump also admitted that his proposed wall would not cover the entire 2,000-mile border.

Trump said there was a need for 700-900 miles of border wall. There are currently about 600 miles of different types of fencing on the US-Mexico border.

Democrats have threatened to derail any budget proposal that includes specific funding for construction of new stretches of the wall.

But Trump said the existing barriers are part of the wall that he made a central promise of his campaign.