Norway’s Freyr battery (no connection to solar EPC Freyr Energy Services in India) has received a grant from Norway’s ministry of climate and environment, through Enova SF, of NOK-142-million (Rs 1300 crores) to start work on a clean battery cell production plant in Mo i Rana, Nordland county. Freyr AS has set a target of becoming a leading battery supplier in Europe, with a 40 GW/h capacity by 2025. 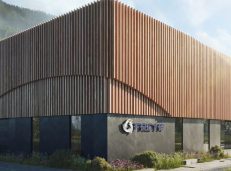 Earlier in January this year, Freyr had announced an agreement to merge with a special purpose acquisition company (SPAC) called Alussa Energy Acquisition Corp to secure a listing in New York and create a combined company with an expected market cap of USD 1.4 billion. The firm hopes to use access to the US markets to raise a further   $850 million for expansion.

Reader’s will recall the news this week on India’s largest private renewable power producer, Renew Power also going a similar way for its listing in the US.

Norway, which has the highest rate of conversion to electric vehicles in the world currently, with sales of new vehicles dominated by EV’s . Share of Ev sales hit a record 54 percent in January 2021. The government grant to Freyr underscores just how aggressively countries are moving to ensure domestic availability of batteries, the biggest cost component in EV’s. India, which has also been making moves to support battery manufacturing, could take a leaf out of the Norwegian to identify and support domestic champions faster and more aggressively, to ensure its hard fought strengths in auto manufacturing are maintained.