The “e+” refers to the increased energy density of the model’s 62 kWh battery pack and the higher output of its powertrain. 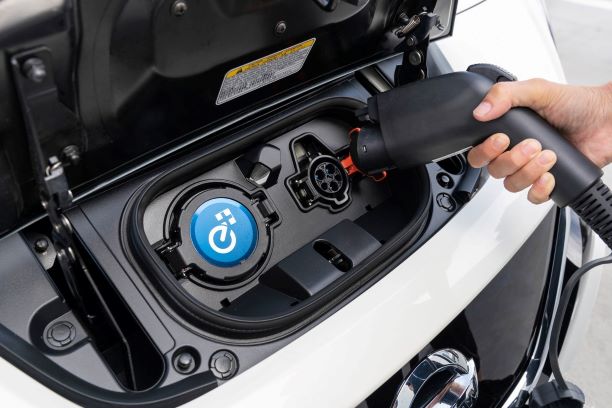 Japanese automaker Nissan ‘s Leaf has been on the EV market for a while now and holds a considerable share of the market. But with just 150 miles of range available, it was delivering far less than its newer rivals. Nissan has finally rectified that by unveiling the 2019 Leaf e+.

The “e+” refers to the increased energy density of the model’s 62 kWh battery pack and the higher output of its powertrain. The new powertrain adds to the car’s range by about 40 percent, with EPA-estimated range of up to 226 miles, ensuring that there’s a Nissan LEAF to meet the driving needs of a wider range of customers. The range comes close to Chevy Bolt and Tesla Model 3 Base version.

“The new Nissan LEAF e+ offers all of the style, convenience and electric vehicle benefits that have helped make LEAF the best-selling electric vehicle in the world, plus even more driving excitement, range, power, and choice,” said Denis Le Vot, senior vice president, and chairman, Nissan North America. “Customers now have a selection of powertrains and models to best suit their driving needs.”

The Leaf e+ continues that progress on the drive train side by adding a new 150 kW motor (around 200 HP), which bumps power by 33 percent. It also charges quicker too, able to use CHAdeMO chargers up to 100kW compared to 40kW on the last model.

More than 380,000 Nissan LEAF vehicles have been sold globally since the 100 percent electric model first went on sale in 2010, with over 128,000 sold in the US. Equipped with advanced technologies including ProPILOT Assist semi-autonomous driving system and e-Pedal mode for one-pedal driving, Le Vot believes that Nissan e+ will take the vision of future e-mobility further. “EV’s will play a significant part in our product lineup as we move forward and will lead the way to provide an efficient and sustainable future for the world,” he added.

Nissan Leaf e+ is coming this month to Japan for 4,162,320 yen (Rs 27 lakh), will hit Europe later this quarter for 45,000 euros and arrive in US shores sometime this spring. US pricing has yet to be announced.