Home » News » NextEra in the US, Adani Green In India, More Similar Than They Seem

NextEra in the US, Adani Green In India, More Similar Than They Seem

One is the market cap leader among renewable firms in India, and going by its project pipeline, a potential global leader. The other is the world’s largest solar and wind energy firm owned by investors, poised to enter the next big opportunity in electric mobility too. 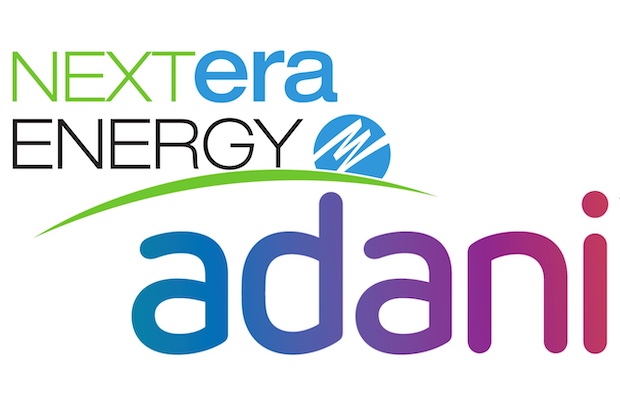 The renewable energy boom, when it comes in, surprised pretty much everyone, starting with the massive shift that started in 2016. today, in country after country, thermal is in retreat, even as fresh capacity in energy grids is dominated by renewable energy additions. From the US to the Middle East, from China to India, Australia and Europe.

As one would expect, the massive shift to renewable energy, driven primarily by a sharp drop in costs especially in solar power, that has made it the lowest cost producer of electricity (LCOE), has also created a slew of national champions, notably in China, where the massive scale manufacturing of solar panels enabled the shift in the first place.  So much so that China today dominates the global market with over 70 percent share of equipment used, a number that seems to worry more than a few countries now.

However, it is interesting that in large markets like India and the US in particular, some of the biggest winners from the shift to renewable energy are actually legacy fossil fuel firms, which seem to have used their better familiarity with the policy environment, bigger balance sheets and advantage in capital raising to steal a march over younger competitors, that have had to make their case to investors the hard way. By making a case for the viability of renewable power, especially in India where broader issues in the power sector continue to plague all energy generators.

NextEra Energy and Adani Green Energy share some interesting similarities, and of course, key differences, unique to their home markets. Thus, both come from legacy power firms that had a huge stake in the thermal economy, especially true for Adani Green energy, which is part of the larger Adani group. Not only is the Adani Group still invested in coal-based power generation through its group firm Adani Power, but it is also one of those rare energy majors that is still building fresh thermal capacity, not to mention its well-known push for coal mining in Australia, for which it has faced down international pressure.

NextEra Energy, of course generates, transmits, and distributes electric power in North America. The company owns wind, solar, nuclear, coal, oil, and natural gas facilities (45.5 GW in all), though it has now shifted focus almost completely to solar and wind, besides some natural gas and battery storage projects now. Starting off as the FPL Group in 1925, the company changed its name to NextEra Energy, Inc. in May 2010. Of its total generation capacity, close to 15 GW is wind energy, while solar is an additional 2.5 GW. Numbers expected to jump up to over 29 GW and 4 GW respectively, by 2022.

Both Adani Green Energy, which was hived off from the Adani Group to focus on green energy assets, and NextEra enjoy market valuations that provide them with a valuable source of currency to expand and acquire. Thus, while NextEra has a market cap of over $144 billion on sales of over $19 billion in 2019. The company also owns Florida Power & Light Company, which has over  5 million customer accounts in Florida and Gulf Power Company, which serves more than 460,000 customers in eight counties throughout northwest Florida.   Adani Green Energy on the other hand enjoys an almost 24 billion market cap in India, on a turnover of barely Rs 2550 crores or $345 million.  More interestingly, the firm is barely profitable, as compared to the  profitable, dividend-paying NextEra( $3.3 billion net income in 2019).

Adani Green however has already managed to attract French energy major Total for a JV, were at an enterprise valuation of Rs 17385 crores, ( $2.35 billion) it has transferred and acquired a total of 2353 MW of solar assets so far. However, the rest of its 25 GW ambitions remain at various execution stages right now with the reputation as the ‘World’s largest renewable energy developer’ largely built around a silly ranking by an industry media firm (Mercom  Research) that built the rankings on the basis of projections.

NextEra CEO James Robo was originally well known as a republican who was against Hydro Power and even solar rooftop at the residential level.  Interestingly, his firm only ‘stumbled’ into renewable energy after taking over assets owned by a wind energy firm that had been unable to repay debts to them. Unlike other ‘active’ climate leaders, he also keeps a very low profile. Chairman of the Adani group, Gautam Adani similarly keeps a low profile, prefers to deal in sectors that have a high government overhang, and continues to pick up key assets at government-run auctions or distress sales.  Quite unlike say, Sumant Sinha, the Chairman of Renew Power, a Goldman Sachs-backed pureplay renewable energy firm, that is actually bigger in terms of operating renewable energy assets of over 5.3 GW versus the 2.6 GW operated by Adani Green Energy presently.  Sinha is active on social media, and has even a book ( Fossil Free: Redefining Clean Energy in a Carbon-Constrained World) to boot, laying out his vision and the future of renewable energy as he sees it.

Operating in the smaller Indian market, it is obvious that Adani Green has navigated India’s many pitfalls and policy changes adeptly, as it remains one of the few manufacturers to have actually benefited from the Safeguard Duty on Chinese solar cells and modules, in the 2018-2020 period, as one of the few manufacturers of high-quality cells and modules. It claims to global leadership also hinges on a massive 8 GW tender it won for solar parks linked to establishing a 2 GW manufacturing facility too. It says something about the perception of the group’s clout that despite not having signed up a PPA (Power Purchase Agreement) even six months after the tender results, the market quietly believes that the group will pull it off. Any other firm would have been discarded by now, written off as a victim of the many issues that continue to plague the sector in India.

This is where the similarities end between these two firms. While NextEra looks to take advantage of a new president who is far more committed to a renewable energy powered future, India faces multiple roadblocks in the form of stagnating demand, an already high share of thermal power where Adani itself has a high stake too, and if that wasn’t enough, the idle capacity of close to 35 GW of newer coal and gas plants that are desperate to produce power at almost any cost to stay afloat.  Investments made and committed to the Australia coal mining project also need to be recovered by importing coal from there to India, even as coal prices continue to slide down due to a faster than expected drop in demand worldwide, especially the developed world.  Ironically, his best bet might be a broader shutdown of some mines, including in India possibly,  to help support coal prices and keep Australian imports viable, as India and China become the largest major consumers of the 20th-century fuel for the next decade or more.

Looking ahead, while NextEra clearly has the cash and equity power to buy its way to growth or fund its own growth, Adani Green energy looks set to leverage its special skills in India and go the JV route, much like its JV with Total of France, to fund its future growth.