A new National Solar Energy Action Plan that has reportedly been drafted by SREDA – the Sustainable and Renewable Energy Development Authority – could be a significant and timely turnaround in Bangladesh’s renewable energy ambition. 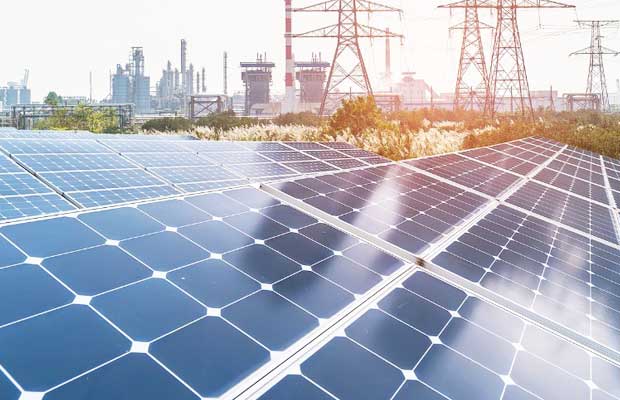 The report is coming at a time when Bangladesh is considering abandoning further coal-fired power development which has become increasingly difficult to finance and as the country’s power system deals with overcapacity and the financial stress that this brings.

If the final action plan is published in line with media reports on the draft, SREDA will be recommending that Bangladesh steps up solar development significantly to target 40,000 megawatts (MW) of capacity by 2041.

This is a major change in stance from SREDA which had previously been of the opinion that land constraints limited the nation’s clean energy ambition.

Bangladesh should shift focus from coal onto renewables, not LNG

However as with coal, reliance on imports of LNG will be an economic burden and a poor energy security outcome. Although LNG prices have been well down in 2020 amid the COVID-19 pandemic, future price volatility could well make LNG an expensive source of power generation, particularly when compared to ever-cheaper renewable energy.

Although LNG-fired power may initially replace expensive oil-fired power in Bangladesh, it would also start replacing cheap domestic gas-fired power within the system and lead to higher overall cost of generation. This can only lead to higher power tariffs or higher taxpayer-funded government subsidies (or both).

The impact of higher LNG prices is being seen already in Bangladesh – a tender for the import of LNG in December was recently cancelled due to the high price. This followed the cancellation of a November LNG purchase tender for the same reason.

It is also becoming clearer this year that greenhouse gas emissions from the full LNG life cycle are little or no better than coal.

In addition, a switch in focus from coal to similar capacities of LNG-fired power will not help address Bangladesh’s growing overcapacity problem.

Power demand growth has not kept pace with generation capacity additions with the result that overall utilisation of Bangladesh’s power station fleet dropped to just 43% in fiscal year 2018-19.

This is having major financial implications as many power plants receive capacity payments whether they are used or not. The resulting increased cost of power generation is leading to the Power Development Board making greater losses that have to be covered by government subsidy. In 2018-19, this subsidy rose again and reached almost US$1 billion.

Adding large quantities of LNG-fired power will only worsen the overcapacity situation and the financial crisis that Bangladesh’s power system is approaching.

As a result, SREDA’s new national solar plan could prove to be very timely.

A focus on renewable energy development in Bangladesh will slow down the rate of per megawatt capacity additions as solar power stations are smaller and modular relative to coal- and LNG-fired plants. This would help stop capacity additions running ahead of power demand growth.

Furthermore, solar power is still getting cheaper so it can help reduce the overall cost of generation. India has already benefitted from its own focus on renewables deployment which has seen solar tariffs drop dramatically. The cost of batteries to store solar power is also dropping fast.

A major commitment to renewable energy in Bangladesh would see the same cost reductions occur, helping to reduce the need for power subsidies or tariff increases.

Along with commitment to solar, a focus on power grid upgrades will also be required. This can help the power system support increased capacities of renewable energy and reduce transmission and distribution losses.

An improved power grid can also make better use of existing capacity by transmitting power from areas where power plants sit idle for much of the time to areas where increased supply is needed. This would also help address the overcapacity problem.

To kick start Bangladesh’s focus on solar, the land that had been designated for the 13,000MW of coal-fired power plants that are set to be abandoned should now be used for renewable energy, not LNG.

Beyond this, there will be many other sites for solar development that SREDA has clearly identified in order to make its 40,000MW of solar recommendation feasible. This will surely include rooftop solar. An opportunity for 2,000MW of rooftop solar has recently been identified on government buildings alone.

Wind power may also have a role to play in Bangladesh. A 2018 study found that Bangladesh has more potential for wind power than previously thought. The combination of wind and solar power in hybrid installations may make the best use of the available land in some cases.

With banks abandoning coal and Bangladesh faced with worsening overcapacity and a financial crisis in its power system if it continues with LNG-fired power development, SREDA’s draft National Solar Energy Action Plan couldn’t come at a better time.

It is expected that the plan will recommend a significant increase in clean energy ambition that will offer solutions to the major power issues faced by Bangladesh.