Fitch Solutions has come up with a fresh report stating that the solar power capacity of Saudi Arabia might grow to more than 5.1 GW between 2022 and 2031. The solar expansion holds massive potential given the long-term power sector plans and policy support from the Saudi Arabia government. The report also said that Saudi Arabia additionally has hydrogen as a key component of its long-term energy sector strategy. The countryaspires to generate 2.9 million tonnes of hydrogen annually by 2030. 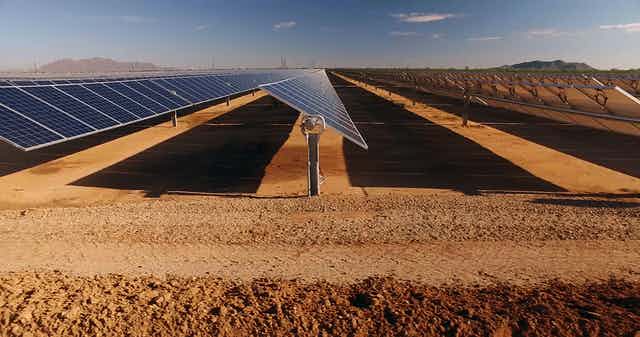 Fitch held that though the hydrogen production and expansion is not made clear in the policy, the presence of large-scale green hydrogen projects in the pipeline indicates that renewable hydrogen will form a significant proportion of this production.

The report adds, “As a result, we note upside risk to our solar power forecasts in the burgeoning green hydrogen industry, which will place upward pressure on renewable electricity supplies and drive further investment in solar power over the coming years.”

Adding a cautionary note to the renewable energy development in Saudi Arabia, Fitch said that the solar power ambitions could not hit the bull’s eye often in the past. It reported, “With tangible growth in the solar power sector only appearing in the past two years, policy constraints on foreign private ownership in the industry, as well as the dominance of large incumbent state-owned utilities, will present hurdles to investors seeking to participate in the market.”

Paving The Path For Renewable Energy

Saudi Arabia is believed to have the highest solar power potential on the planet. Under NREP, Saudi Arabia looks to increase its share of renewable energy and gas to about 50% and diversify the energy mix in power production. Towards this goal, the government has awarded solar power contracts for 1GW in March, 2022. At the end of 2021, the Kingdom had an installed capacity of 518 MW.

The Kingdom has formulated the National Renewable Energy Programme (NREP), which facilitates the development of a renewable power capacity auction tendering system. Under the policy, the government has awarded contracts for the development of more than 1.7GW of solar power projects until now.