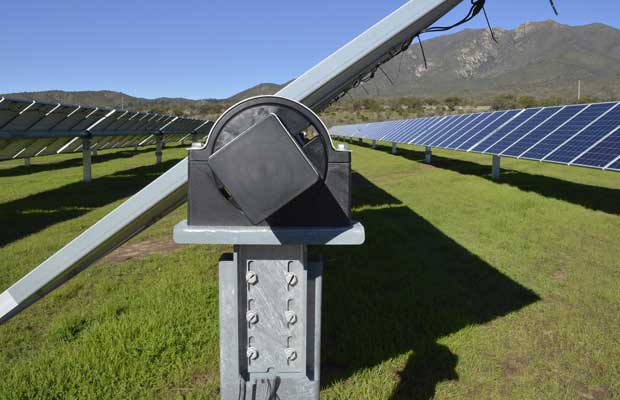 NCLAVE’s horizontal single-axis SP1000 solar power trackers that are known for reliability and efficiency comes with exclusive patented spherical bearing and helps in resistant to solar degradation and requires neither lubrication nor maintenance.

The horizontal single-axis trackers from NCLAVE (comprised of the fusion between Grupo Clavijo and MFV Solar) have been selected for the Clare Solar Power Project, which has already begun close to Ayr in Queensland, Australia. It is the horizontal single-axis SP1000 tracker that is being supplied, which in addition to its reliability and efficiency, also incorporates the exclusive patented spherical bearing that is resistant to solar degradation and requires neither lubrication nor maintenance.

This solar farm represents a new step for NCLAVE in consolidating its goal of being the world leader in tracking systems for developers, installers and EPC contractors for the photovoltaic market.

Moreover, the Spanish multinational will also attend InterSolar Europe 2017 (to be held in Munich from 31 May to 2 June), in order to present its single and multi-row tracking solutions, as well as its fixed structures. This event is considered to be one of the most important in the world for the solar energy industry, attended by around 1200 exhibitors who will receive over 40,000 visitors. It is an excellent showcase for NCLAVE to promote its technological solutions to the international solar sector.

With more than 12 years of experience, 2.2 GW installed and offices and production centres on five continents, NCLAVE, comprised of Grupo Clavijo and MFV Solar, is one of the leading companies in the design, manufacture, installation and maintenance of structures and trackers for the solar photovoltaic market.