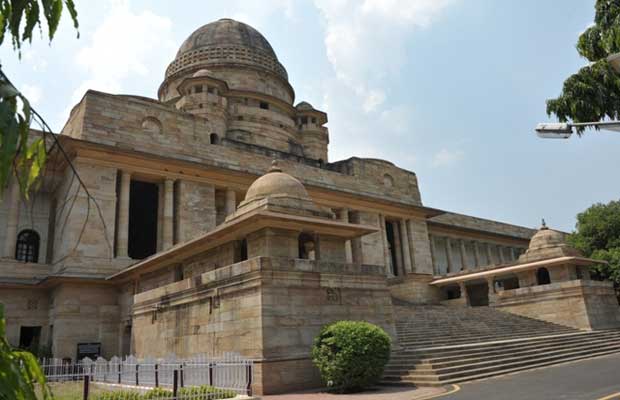 The solar panels will be installed on the roof of the historic edifice, popularly referred as ‘Poem in stone’ due to its unique structure at the Nagpur’s High Court compound.

In a first of its kind move in the country, the Nagpur bench of Bombay high court, responding to the growing calls of reducing pollution and using green energy, has decided to make use of greener ways of power consumption and shift to solar energy to meet all its energy requirements.

The decision to install solar power system was announced by District Mineral Foundations (DMFs) member Anik Kilor, who also informed that the high court administration has already granted green signal to the proposal. The District Mineral Foundations (DMFs) that was formed in every district as per Pradhan Mantri Khanij Kshetra Kalyan Yojana (PMKKKY), will sanction the fund for the project. It was prepared by Maharashtra Energy Development Agency (MEDA), a government of Maharashtra Institution- Anil Kilor, the brain behind the concept, told TOI.

The solar panels will be installed on the roof of the historic edifice, popularly referred as ‘Poem in stone’ due to its unique structure.

In fact, Kilor had moved the proposal last month in the capacity of Nagpur High Court Bar Association (HCBA) president, which was readily agreed by the court’s administration. The entire project would cost Rs1.35 crore which will cover all three wings of the building. Though the cost appears to be exorbitant, it will help saving Rs39 lakh every year. Once started, it would just take four months to install the solar panels on rooftops of entire structure. Usually, the life of solar panel is around 20 years, which means the entire court premises would be getting free power for 20 years.

“As per the scheme (PMKKKY), the royalty generated through sale of minerals should be used in that district only to benefit the citizens affected by mining-related operations. The funds are provided under nine heads, including education, sanitation, health care, skill development, environment conservation and others. Of them, we are getting funds under renewable energy,” Kilor said.

The HCBA will soon be submitting the proposal to DMF in next couple of weeks after which the funds will be released. Under Kilor, the new HCBA team has already given a facelift to the historic premises by changing its interiors.