Munzer Bharat. How an Austrian Firm Picked India for Its First Global Plant

Munzer BioIndustrie, a family-owned firm from the little known town of Sinabelkirchen, near Vienna in Austria, finally got going in India this year, with its first BioDiesel plant starting pilot tests. Here is how, why and what the company expects to achieve with its Indian venture. 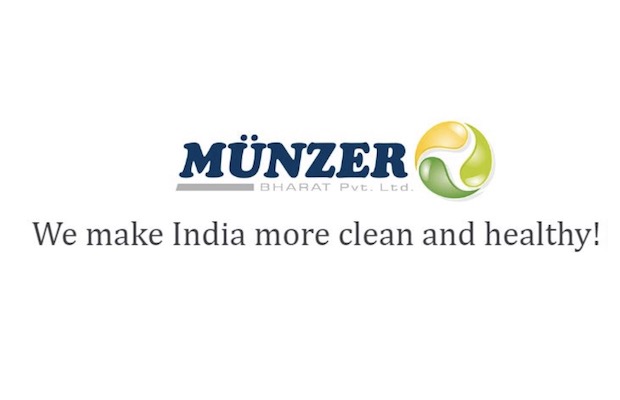 The start of Munzer Bharat Private Limited itself has a very interesting backstory to it. The parent firm is a self-contained Austrian firm, which was brought to the notice of the Petroleum Minister Dharmendra Pradhan, who was in Vienna on the sidelines of an OPEC meeting there, back in 2016. The minister, when told about the firm that converts waste to oil, expressed a desire to see the plant. A plant visit was duly arranged, where the minister was so impressed, that he invited the firm’s owner family to set up the facility in India too, an invitation the owners, who had never ventured out of Austria for production till then, tentatively agreed to.

After the minister’s visit, it was the support and persistence of Invest India, the government investment promotion and facilitation agency that finally led to the fruition of the deal, in the form of the firm’s first pilot plant in India, at Navi Mumbai. A total of 10 million Euros have been committed for the venture, with the focus simply on making it a viable proposition, not profits. Perhaps one reason the firm was allowed by the registrar of companies to have the word ‘Bharat’  in its name, a rare privilege for any foreign-owned firm in India.

Used cooking oil (UCO) is a serious issue in India, thanks to its high edible oil consumption (23 million tonnes in 2017), and the extremely poor disposal and recycling practices that exist currently. For Munzer Bharat Private Limited, that is the basic stated objective. To take as much as possible of this oil off the market, and convert it to bio-diesel, a final productive use for it. 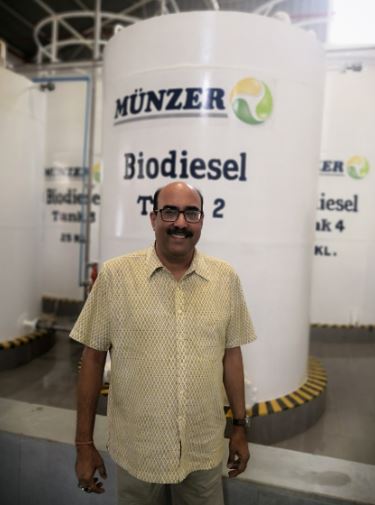 Doing this will not only help create green fuel but do wonders for the quality of our food chain and the environment. Be it the quality of the oil that is used in cooking by preventing reuse beyond healthy limits, or preventing improper disposal that damages the earth too. Sanjay Shrivastaava, CEO of the Indian arm, stresses on this aspect repeatedly, making it clear that profits, expansion and other business imperatives are for later.

“For the firm’s founders, this is a commitment to India. To do their bit for improving the environment, the food chain, and more for this country.” The firm’s technology is fairly uncomplicated, according to Sanjay, involving the transesterification of the cooking oil, by adding a solvent and a catalyst to it. The output is almost 90% bio-diesel, and glycerine, which can be ramped up to pharma grade quality, according to him.

Even before we visited the  Munzer India team at their office in Navi Mumbai, we realised that this is a firm that is going to be anything but conventional. If an Austrian parentage, a spartan office, and an ultra-clean plant is not enough indication, then the India website will surprise.

The names of every member of the operating team are displayed,  along with their mobile numbers and email ids. It’s a great conversation starter with Shrivastaava, as he assures me that he doesn’t mind the additional spam calls at all. “When we finally inaugurated this plant on February 14, we got a lot of publicity. It was important to be available to take calls and queries, as people don’t know much about our work.” He gives the example of the Trident hotel in Mumbai, which, while hesitant before the inauguration of the plant, is an enthusiastic backer now.

The firm has focused on the hospitality sector for sourcing the cooking oil it will need for its 10 Kilo litre capacity plant for now. Starting with Mumbai, where Shrivastaava tells us that they have already signed up close to 2000 restaurants to the ’cause’. “From day 1,  we took a decision, we will not pay. We will get it free. We set up a mission, National Used Cooking Oil, India. This is not just about getting the oil here, but training people across strata about the issue, and why recycling matters.” 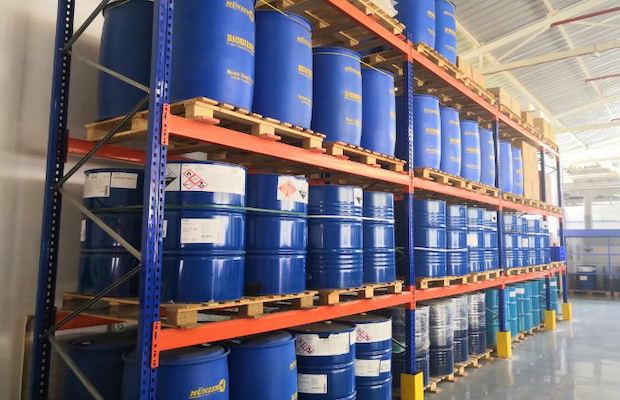 At the Munzer Bharat Plant

For the contributing restaurants, it has also meant a small certificate from Munzer that confirms them as a contributor to the National Used Cooking Oil Mission, an initiative the firm started to spread awareness and participation. Taking it a step further is a certification for Munzer Bharat itself from the International Sustainability and Carbon Certification (ISCC), which certifies every litre of used oil that is collected and its utilisation.

The firm, while not paying for the oil, has invested in its own collection chain, with 2 one tonne carriers, manned by its own trained personnel. “We give them drums of 20/30/50 litres, which we collect on an agreed frequency. We have almost 500 active contracts now. At an average of 30 litres per month from a restaurant, that’s close to 15,000 litres being collected.” A small start that Shrivastaava hopes to build on to a level where they can start supplying their biodiesel to HPCL, the government-owned oil firm, for blending with regular diesel. It’s a target the firm has set for the next six months.

“The plan is to expand to more cities as we make the proposition viable, and as support comes in from other cities. In Pune, we have not even reached out, and we already have a list of over 25 restaurants and chains who are willing to give us their used oil. Once people understand and are convinced, everyone comes in on word of mouth, as the hospitality business is a very close-knit sector.”

On collections from households, Shrivastaava is less sure, pointing to the poor waste segregation practices still prevalent in India, besides the viability of collecting really small amounts. He does say that they are in discussions with some of the big builders to create a provision for sorting and collecting from residential or commercial complexes.

The journey so far has been anything but easy, but for Sanjay, it has given him a lot of satisfaction in all that they have achieved so far. From educating firms on the simple fact that disposal of used cooking oil does not need pollution control board approval (which only applies to substances considered hazardous), to help convince the country’s food quality regulator FSSAI, to come out with standards on the use of cooking oil, it has been a busy period.

“I give a lot of credit to FSSAI to establish standards for oil use. Under new norms, published in 2017, they finally laid down standards on issues like mixing new oil with used, on the cut off for reusing the oil, etc, that was vital to build an awareness of the issue among users,” he adds.

The oil being produced under pilot testing is currently being supplied to firms who use it mostly in DG sets. While cheaper than diesel for now at Rs 52-55, Sanjay reminds me that price is not the key issue here. “Using this in motor vehicles straightaway is not possible as the fuel needs to be certified by manufacturers, so using it without that would annul your AMC or warranty, for instance.” With volumes, he looks forward to seeing the fuel mixed with diesel, much like it is done in Europe and other parts of the world.

Sanjay’s biggest grouse is the attitude challenge his team faces. Consumers, as well as users, don’t seem to really care about the quality and the way their cooking oil is being used. Changing that mindset is the biggest challenge he sees ahead. And expanding on his existing plant, to a size of 100 KL per day or more. Plants in the US up to 700 KL per day are common, that can also use multiple feeds, from cooking oil to jatropha, to corn, etc.

For the Indian market, the Munzer experiment is a great example of the possibilities that exist in biofuels, especially with consumption of edible oils slated to move to 34 million tonnes per annum by 2030.

Sanjay sees no full stops ahead, only vast potential. On the ‘threat’ from EVs to diesel vehicles, he points to the slower pace of change in India, thanks to its democratic nature, plus the need to find a way to put its used cooking oil to good use, rather than hurting ourselves and the environment. He is betting that driving cars with it will be an improvement we will all be happy to live with.