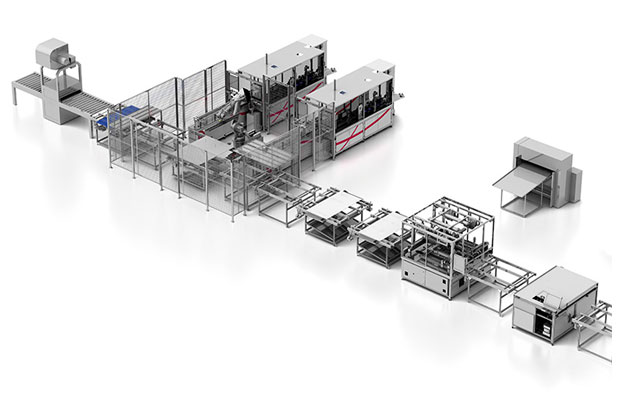 Mondragon Assembly, provider of automated solutions for photovoltaic applications has announced that it will showcase its new Front Line with an annual production capacity of 150MWat Intersolar Europe.

The Mondragon Assembly’s Front Line consists of two MTS 2500 tabbers and stringers and an IC150 interconnect system.  This Front line is designed to manufacture panels with cells with up to 6 buses.

The MTS 2500 tabber and stringer has a net production capacity of 2400 cells/hour in a single welding track, making it the fastest in the market. In addition to its production capacity, it is also notable for its size, as it requires only 7.5 m2. It thus allows the installation of high-production lines in smaller areas.

This tabber allows the interconnection of cells up of up to 8 BB as well as the welding of half cells. With a rupture rate lower than 0.2%, this machine does not require major adjustments or maintenance. Its user-friendly interface allows the operator to interact with it easily.

As the number of busbars in photovoltaic cells increases, the bussing or interconnected welding process becomes a bottleneck in many production chains. The Mondragon Assembly IC150 allows module manufacturers to increase the production rate while guaranteeing the quality of the product at all times.