Modi Govt to Step Beyond Renewable Goal With China-Scale Tenders

With renewable energy targets second only to those set by the government of China, India has a long way to go from a current base of 60 gigawatts to reach its ambition of 175 gigawatts in five years.

In a bid to fulfill Prime Minister Narendra Modi’s climate pledges, India announced that it will tender enough renewable energy projects over the next three years to exceed 200 gigawatts of green capacity build by 2022. 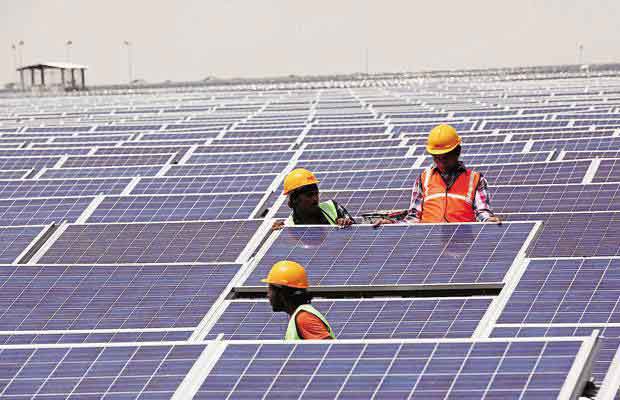 India declared a three-year program towards tenders for renewable energy projects that will meet country’s ambition in setting a goal of 175GW from renewable sources, within five years, in addition to plans to spur local solar equipment manufacturing that will help surpass the goal. The country is also looking at ways to export more wind turbines, a measure that may benefit Suzlon Energy Ltd.

R K Singh, Minister for Power and New and Renewable energy, said, “Our renewable road-map doesn’t include plans for floating solar projects and offshore wind installations, and we will comfortable exceed 200 gigawatts by 2022.”

With renewable energy targets second only to those set by the government of China, India has a long way to go from a current base of 60 gigawatts to reach its ambition of 175 gigawatts in five years. The South Asian nations needs to expand its current solar capacity seven-fold to reach the 100 gigawatts by 2022. It would have to double wind installations to touch 60 gigawatts over the same period.

Anand Kumar, the secretary in the Ministry for New and Renewable Energy (MNRE), said, “the plan to exceed these targets will see tenders of more than 80 gigawatts of solar projects and 30 gigawatts for wind by the 2020 financial year.”