MNRE Introduces New Mode-7 For Development of RE Parks

A Payment Security Mechanism will be set up by SECI to ensure continuous payment to the power developers and mitigate any payment risk due to default in payment by Discoms. 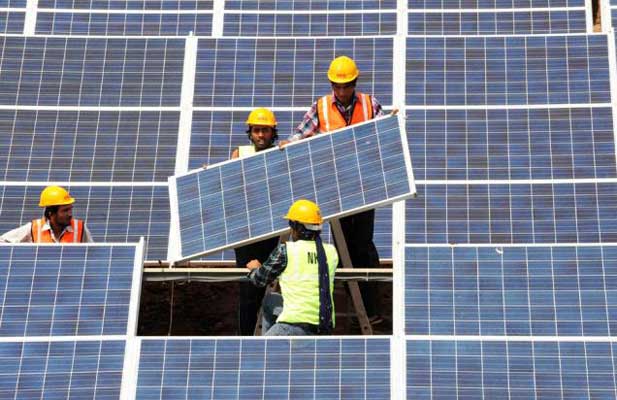 The Ministry of New and Renewable Energy (MNRE) in order to address the two most critical elements when developing a renewable energy project/park has issued a modification in the scheme for “Development of Solar Parks and Ultra Mega Solar Parks Scheme”.

The ministry to address the issues that arise due to land and power evacuation infrastructure for solar/RE parks has introduced a new Mode-7 for the development of renewable energy parks (solar or wind or hybrid or other RE parks) through Solar Energy Corporation of India (SECI).

The strategies for implementation of RE parks under the latest Mode-7 are as under:

1. SECI with assistance from state governments will make both private and government land available to be used by successful bidders for setting up the RE park. Developers will pay state government a facilitation charge of Rs 0.02 per unit of power generated from the projects for facilitating the identification of land and making its right of use available to SECI. Funds from the central financial assistance (CFA) will not be used for making payments for these facilitation charges.

3. The funds available for the 16,650 MW spare capacity under the solar park program will be utilised for the development of external power evacuation infrastructure by the External Transmission Development Agency (ETDA). Instead of 60:40 ratio between the development of internal infrastructure of solar park and external transmission system, the new ratio would be 0:100 since CFA provided under the program may not be enough to set up the transmission system. The following additional mechanisms have been proposed:

3.1 The total cost of any transmission network for any parcel of land would be divided by the total capacity of RE projects planned to be set up on that land parcel utilising the said transmission capacity to get the per MW cost.

3.2 Forty percent of the cost of the transmission system, subject to a minimum of Rs 10 lakh/MW and a maximum of Rs 30 lakh/MW would be borne by the RE project developers. The successful RE project developers selected through the bidding process will be charged upfront charges, which will be collected by SECI and be made available to the ETDA for developing the external transmission system.

3.4 Remaining cost, if any, is to be socialised as is done presently for RE projects.

4. Finally, to make the development of RE parks more attractive, a Payment Security Mechanism (PSM) will be set up by SECI to ensure continuous payment to the power developers and mitigate any payment risk due to default in payment by the distribution companies in any month. This will be in the form of a common dedicated Payment Security Fund (PSF) for all projects in the RE parks developed under the program. This PSF would be built up over time by SECI, by levying a charge of Rs 0.02/kWh on RE project developers setting up projects under the program.