MNRE complains CERC against solar power shut off by Discoms 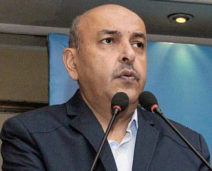 The Ministry of New & Renewable Energy has lodge a complaint against discoms to the Central Electricity Regulatory Commission (CERC) stating that some discoms are not fully evacuating the solar power available to them, resulting in losses for solar developers. Discoms have been arbitrarily shutting off power from solar projects, for varying lengths of time, often during peak consumption hours.

Tarun Kapoor, Joint Secretary, MNRE in a letter to Shubha Sarma, Secretary, CERC, on August 2 stated that “Some load dispatch centres (LDCs) are asking solar projects to back down due to various reasons”

Kapoor in his letter further stated that “Solar power projects have must run status as there is no fuel cost,” he added “If any backing down is to be done, thermal projects should be asked to back down so that some fuel is saved.”

ET citing sources reports that discoms in Rajasthan and Tamil Nadu were the main culprits.  The publication notes that companies affected in Rajasthan are SunEdison, Mahindra, SolaireDirect, Fortum, and Reliance Power.

In Tamil Nadu solar developers are considering to approach the Apex court for relief.

Tarun in his letter notes that there is a need for clear regulations by appropriate commissions to enforce must run status for solar power project. They should be paid full tariff if they are forced to back down in rare cases. It is requested that this issue be placed before Forum of Regulators so that some consensus can be reached on this issue.