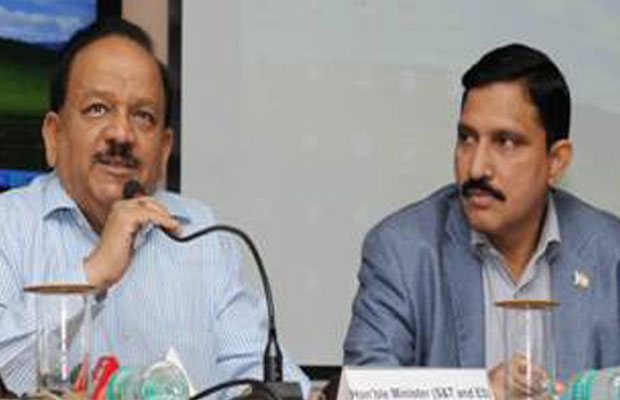 Union Minister for Science & Technology and Earth Sciences, Harsh Vardhan has launched a low cost and environment-friendly solar lighting device dubbed as Surya Jyoti. The device developed under the aegis of the Department of Science & Technology would prove to be a boon for the urban and rural households in the country that do not have reliable access to electricity.

Vardhan said “the potential users of this device are 10 million households.” He further added “according to preliminary estimates, if this technology is adopted in 10 million households only, it has the potential of saving 1750 million units of energy. It would also lead to an emission reduction of about 12.5 million ton of CO2 equivalent, hence giving a fillip to the mission of ‘Clean India, Green India’. The manufacturing process, being labour-intensive, would also generate huge job opportunities in the economy.”

The low cost Micro Solar Dome captures sunlight through a transparent semi-spherical upper dome and concentrates it inside a dark room. Light passes through a sun-tube having a thin layer of highly reflective coating on the inner wall of the passage. It also contains a lower dome which have shutter at the bottom that can be closed if light is not required in the daytime. It is leak proof and works for almost 16 hours daily.

The Photo-Voltaic Integrated Micro Solar Dome is priced at Rs.1200 and the Non Photo-Voltaic version will carry price tag of around Rs. 500. Price of both the models are expected to get further reduced to Rs.900and Rs.400 respectively post the scaling-up of the manufacturing process and future linkages with the subsidies under various schemes of the Ministries of Urban Development, Rural Development and Ministry of New and Renewable Energy.

Speaking at the launch Minister of State for Science and Technology and Earth Sciences, Y.S. Choudhary said “this technology would lead to the saving of fossil fuels to a great extent as 1 unit of energy saved is equivalent to 3 units of energy generated.  He envisaged the corporate sector to play its role under their Corporate Social Responsibilities Schemes for the manufacturing process to scale up. He said that incubation centres are being brought up under the ‘Start up India, Stand up India’ programme which would encourage entrepreneurship in the solar sector to make commercialization of the device viable.”

Extensive Testing of the device for select parameters has been completed at IIT Bombay, TERI University and Indian Institute of Engineering Science and Technology (IIEST), Kolkata. Field trials have been conducted and 300 Micro Solar Domes are being installed in the slums of Delhi, Mumbai, Kolkata, and Bengaluru.