Solar panels will be installed over all 21 stations falling on that line, including the parking area and boundary walls. 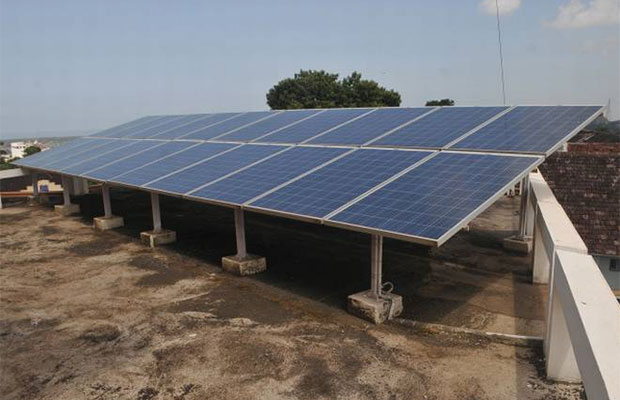 Being the latest addition to the metro network, station on the ‘Aqua line’, connecting Greater-Noida to Noida will be powered by solar energy. The total energy generation from all the station will be 10MW.

Solar panels will be installed over all 21 stations falling on that line, including the parking area and boundary walls. Noida Metro Rail Corporation (NMRC) which has built the infrastructure, will be charged at Rs 3.25/unit which is touted by the NMRC as the lowest price paid by any metro rail service using solar power.

Sukhbir Agro Energy Limited is the private partner for the project selected by the Delhi Metro Rail Corporation (DMRC) under the RESCO (Renewable Energy Service Company) model after the tendering process during the second bid earlier this year.

The power purchase agreement has been signed for 10 year during which period the company will install the infrastructure, operate, maintain and provide power to all NMRC stations. DMRC is assisting NMRC is construction of the aqua line.

“A power purchase agreement was signed between the NMRC and Messrs Sukhbir Agro Energy Limited. Manoj Vajpayee, the general manager (technical), signed the agreement for NMRC while Sumit Sood signed the contract for the Delhi-based firm,” according to the statement issued.

The infrastructure work for the solar project has started and will continue alongside the metro’s functioning after it is opened for public. The installation of solar panels will take around six months. Construction of the metro network is completed and is currently under inspection by the Commissioner of Metro Trail Safety.