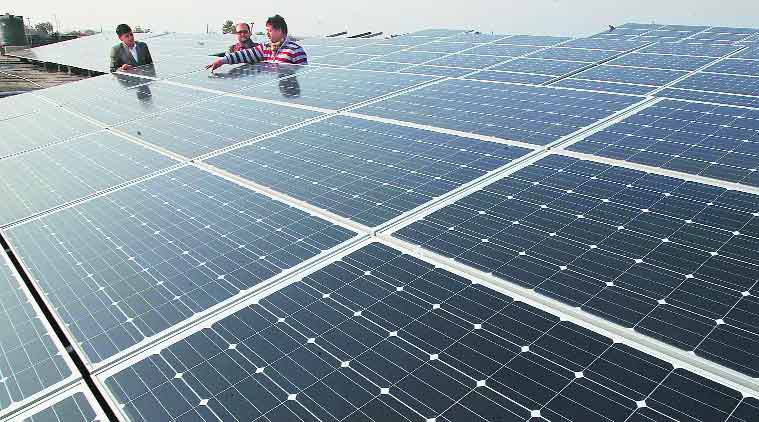 Adani Green Energy (Tamil Nadu) Limited 648 MW solar power plant at Sengapadai in Kamudhi taluck announces that it has started generating power in one of the three 72 MW units and also started power transmission to the grid.

The complete project of Rs. 4,536 crore was settled in June 2015 after a consensus with the Tamil Nadu government for establishing massive solar power park.

The initial work of the project sparked in August last year and thereby started generating power in the first 72 MW unit early in February this year.

According to the reports of The Hindu, the company transmitted 44 MW of power to the grid on February 8 through the existing 110 Kv transmission line to Kavanur substation, sources in Tamil Nadu Generation and Distribution Corporation (Tangedco).

Though the company generated power in the first unit to its full capacity in the beginning, the generation fell short because of dust formation on the solar panels due to continued work at the site.

The company was expected to generate power in the 216 MW unit in the next couple of weeks, the sources said, adding a 230 Kv transmission line was being erected to transmit power from the Solar Park to Kavanur substation.

Besides, Tangedco was establishing an exclusive 400/230/110 kv substation on the Park premises, the sources said.

The company had given about 60 acres of land free of cost for establishing the substation and Tangedco had engaged Mumbai- based Shreem Electric Limited to establish facility.