Masdar has signed an agreement to design, finance, build and operate a 500-MW utility-scale wind farm project in the Republic of Uzbekistan. 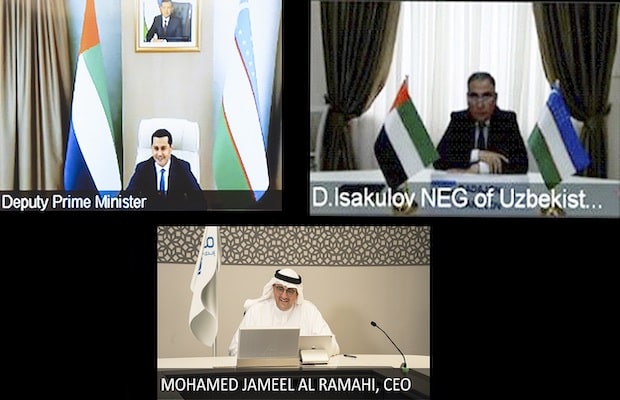 Leading developer and operator of utility-scale renewable energy projects, Masdar Clean Energy has announced that it has signed an agreement with the Ministry of Investments and Foreign Trade of the Republic of Uzbekistan and JSC National Electric Grid of Uzbekistan to design, finance, build and operate a 500-megawatt (MW) utility-scale wind farm project in the Central Asian country.

Under the agreements, Masdar will develop, build and operate the wind farm project, which will be located in the Zarafshon district of the Navoi region. Commercial operation is expected to be achieved in 2024.

Deputy Prime Minister Umurzakov, said, “Masdar is our long-term trusted partner in expanding our renewable energy capacities and bringing their well-known international expertise to the country. This energy project with Masdar clearly illustrates the testimony to the strong commitment by the Government of Uzbekistan to increasing private sector participation in the country and support our ambitious clean energy goals.”

The announcement comes after Masdar signed a Power Purchase Agreement (PPA) and Government Support Agreement (GSA) with the Government of the Republic of Uzbekistan in November 2019 to design, finance, build and operate the country’s first public-private partnership (PPP) solar power plant. The gulf company was announced as the winning bidder for the solar project after tendering the lowest tariff of 2.679 US cents per kilowatt-hour in the programme’s competitive auction to develop the 100 MW utility-scale PV solar plant, which will be located in the Navoi region.

Al Ramahi said “Masdar is proud to be collaborating with the Government of the Republic of Uzbekistan on our second utility-scale clean energy project in the country. The 500 MW wind farm supports Uzbekistan’s long-term renewable energy ambitions and its strong commitment to not only modernise its power sector but also invest in energy security. As a global leader in the development of utility-scale wind power, Masdar is committed to advancing clean-tech innovation both regionally and internationally by deploying the latest technologies at scale and enhancing their commercial viability.”

In January, we had reported that the firm had signed a power purchase agreement (PPA) with Perusahaan Listrik Negara (PLN), the state electricity company in Indonesia, for the first floating solar photovoltaic (PV) plant in the country. The 145-megawatt (MW) floating solar PV plant, which will also be Masdar’s first floating solar PV project, will be built on a 225-hectare plot of the 6200-hectare Cirata Reservoir, in the West Java region. The firm is developing the plant with PT Pembangkitan Jawa-Bali (PT PJB), a subsidiary of PLN.