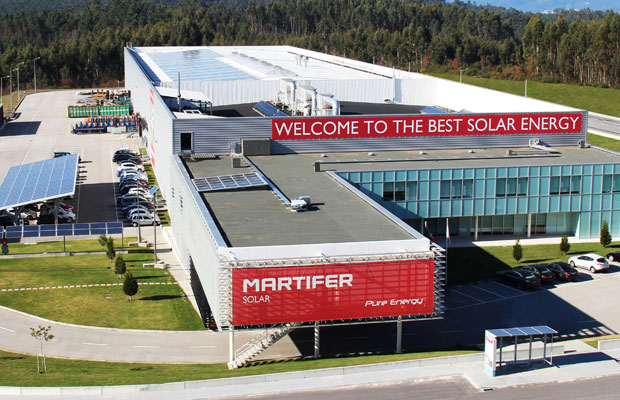 Martifer Solar and its JV MIRE partners have signed a Development Agreement with Canadian Solar for a 63MW solar power project in Aguascalientes, Mexico.

Canadian Solar won a 63MWp project during Mexico’s electricity auction in March. Once connected to the grid the electricity generated will be sold to CFE (Comisión Federal de Electricidad), under a 15-year Power Purchase Agreement for energy and capacity and 20-year for Clean Energy Certificates.

The competitive tariff in the auction allows the electricity from the plant to be sold to CFE (Comisión Federal de Electricidad) at US$47.95 / MWh. The PV plant will be built in Aguascalientes, which is a north-central state in Mexico, located approximately 500 km away from Mexico City and is expected to be operational by Q3 2018.

Jesus Pacheco, Director of Development for Latin America from Martifer Solar, said, “It is an honor work together with Canadian Solar on the development of this project and we are very pleased with this milestone achievement for our team in Mexico. Since Martifer Solar has been present in the market since 2011, it is exciting to see the growth and significant potential of Mexico’s renewable energy sector starting to be realized.”

The auction attracted 109 bidders and 468 total offers were presented. The PV projects selected in the auction will range in size from 18 MW to 500 MW and are spread out over six states: Guanajuato, Coahuila, Yucatan, Jalisco, Aguascalientes and Baja California Sur. The auction ended with an average price of $40.50 / MWh for solar PV and $43.90 / MWh for wind.

“We are delighted to announce this win in Mexico which expands our late stage solar project pipeline in OECD countries, and positions us well for further growth in this important emerging market,” commented Dr. Shawn Qu, Chairman and CEO of Canadian Solar. “Our ability to win this competitive bid is a testament to our strength as a global tier 1 leader in the solar industry. We look forward to build on our momentum to expand our global presence and help accelerate the adoption of solar energy to mitigate climate change in the region and around the world as we continue to focus on our corporate vision of making a difference to the planet.”

The government of Mexico has set ambitious clean energy generation targets of 25% by 2018 with steady increases until an ultimate target of 50% by 2050.