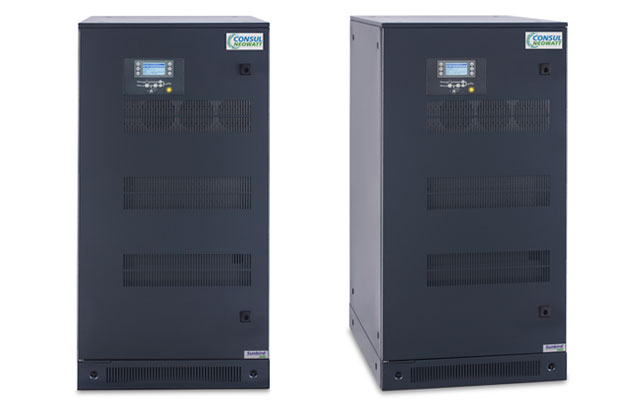 Consul Neowatt has made setting up manufacturing facilities without electricity grid connections is now a reality.

Consul Neowatt, the Global Indian UPS Company and manufacturers of Sunbird solar inverters, the preferred choice of system integrators in India, has announced that setting up manufacturing facilities without electricity grid connections is now a reality. It has successfully completed one year of operations of a manufacturing plant in Satara, Maharashtra where the entire load of the factory including CNC machines, welding machines, paint booth as well as lighting requirements was powered by solar.

At this factory, the captive solar power plant with energy storage is the primary source of power for the whole factory. The daily requirement of the facility is met by a captive 80kW solar plant. At the heart of solar plant is a Consul Neowatt Sunbird hybrid solar inverter that is capable of generating around 320 units of electricity per day and also storing the excess energy in a battery for use when the sun is not shining. The factory does not have an EB connection and uses a DG set as a backup power source when energy demand exceeds the solar power plant capacity. With the solar power plant the factory has been able to turn green and reduce its carbon footprint.

Speaking on this Sriram Ramakrishnan, MD & CEO, Consul Neowatt Power Solution said “with the successful demonstration of a captive solar power plant, a whole new avenue of industrial and commercial development is possible that will not depend on availability of electrical grid power. Also with captive solar power plants we can reduce the burden on the electricity grid and consequent need for the building or expansion of power plants burning fossil fuels.”

Traditionally solar power has been used in industrial, manufacturing and commercial facilities primarily to power lighting and other loads which mostly draw a steady current. In the past, the prohibitive cost and lack of technically advanced solar inverters to power fluctuating loads like machines and compressors meant that solar power was used for only on-critical loads like lighting.  Now advanced technology incorporated in Consul Neowatt Sunbird solar inverters ensure that even  loads drawing surge currents like welding machines, CNC machines and paint booths in their work cycle can be powered using solar power. Manufacturing plants can truly go off grid and be insulated from the policy of the state electricity boards (it would be controversial to state that industrial customers need to pay more to subsidize the cost for domestic customers).

Adding Sriram said, “We strongly believe that solar power with energy storage can give true independence from the grid. The move to showcase a grid independent manufacturing unit in Maharashtra was the logical step after a successful showcase of grid independent commercial building in Bangalore last year. The most important proof of success is the satisfaction of the customer that the captive solar power plant has met his expectations.”