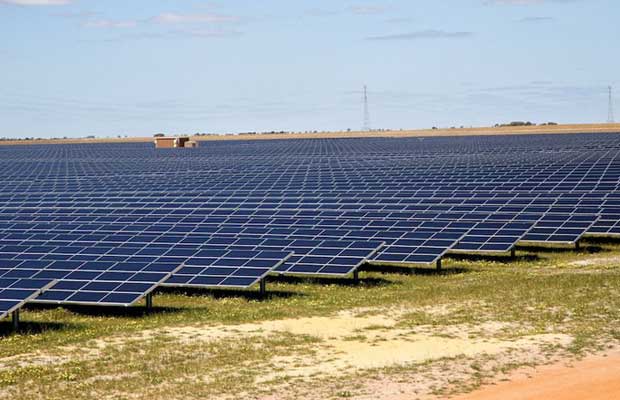 First Solar has announced that financial close has been reached for the 48.5 MW Manildra Solar Farm in New South Wales (NSW), Australia. First Solar will leverage its expertise in utility-scale solar development to deliver the 48.5 megawatt (MW) for Manildra Solar Farm, which will utilize approximately 466,000 First Solar thin-film photovoltaic (PV) modules and single-axis tracking technology expected to produce more than 120,000 megawatt-hours of electricity in its first year of operation. The Manildra Solar Farm will take First Solar’s installed capacity in Australia to more than 400MWAC when it is complete in 2018.

The Manildra Solar Farm is supported by AUD$9.8 million of grant funding from the Australian Renewable Energy Agency (ARENA). First Solar has entered into a 13-year power purchase agreement with EnergyAustralia for the generated electricity and large-scale generation certificates.

“Today’s milestone is a testament to the ability and experience of First Solar’s development and delivery team, and we congratulate ARENA and EnergyAustralia on their commitment to commercially viable projects,” said Jack Curtis, First Solar’s Regional Manager of Asia Pacific. He added “We have witnessed unprecedented cost reductions in large-scale solar in recent years. As the appetite for this asset class continues to grow, timely and reliable project delivery will be the strongest driver of future cost reductions, cementing solar as a competitive energy source in Australia.”

Located one kilometer east of Manildra in regional NSW, the Manildra Solar Farm will benefit directly from existing solar supply chains, and operations and maintenance hubs. It will also provide significant economic benefits to the region, through the creation of direct and indirect jobs, supporting small business and developing regional skills in a growing industry.

“Customers rightly expect access to reliable, affordable and cleaner supplies of energy, which means the industry needs to evolve,” said EnergyAustralia Managing Director Catherine Tanna. “The Manildra Solar Farm is a great example of the projects that will underpin the future of energy in Australia, and we’re proud to be partnering with First Solar to bring it to market.”

First Solar is pleased to confirm the appointment of RCR O’Donnell Griffin Pty Ltd for the engineering, procurement and construction of the project. Construction is scheduled to commence in the first half of 2017.

Once complete, the project is expected to produce enough solar energy to serve the needs of approximately 14,000 average NSW homes and displace more than 91,000 metric tons of carbon dioxide emissions per year – the equivalent of taking about 24,000 cars off the road.