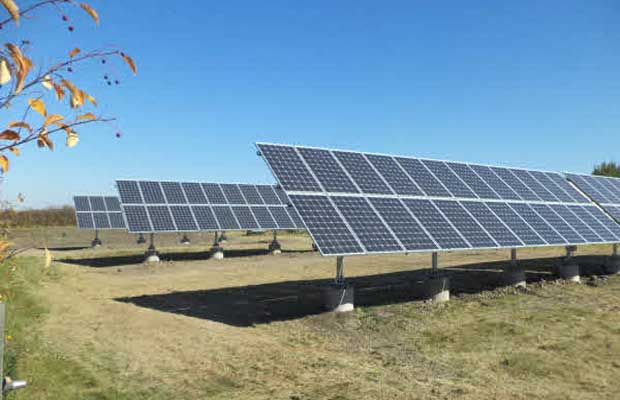 The new and renewable energy policy approved by the state government aims at creating 14,400-MW of fresh grid-connected installed capacity in the sector by 2020. This includes 7,500 MW from solar energy, of which the MahaGenco will undertake works on 2,500 MW. The Maharashtra Energy Development Agency (Meda) will contribute the rest.

“We are preparing models for adding this 2,500 mw capacity, of which 500 mw projects will be erected on the MahaGenco’s own lands on EPC (engineering, procurement, and construction) basis while 1,000 mw will be added through PPP and joint ventures with private partners. We are planning a 500 mw solar park at Dondaicha in Dhule under the Central government’s scheme while the remaining 500 mw will be added on government lands, metro rail networks, irrigation department projects, water bodies and canals and through distributed generation for energising agricultural feeders,” a senior MahaGenco official told DNA Money.

At present, MahaGenco has 180 mw of solar energy capacity, including 5 mw at Chandrapur and 125 mw at Sakhri in Dhule. It has developed a 50 mw project at Baramati through the PPP route.

“Projects at sites like Osmanabad and Dhule are in an advanced stage of consideration on an EPC basis,” he added, stating that these solar photovoltaic projects would be completed by March next year. “In the PPP route, bidding will be carried on tariff-based competitive bidding and revenue-sharing routes as we will provide land to these private parties,” the official said.

With MahaGenco having 10,580 mw installed thermal power generation capacity and the surplus power supply situation, the utility plans to add further capacity, largely in renewables. The official said that the state government was also distributing solar energy powered water pumps to farmers to reduce the subsidies that flow to them for conventional power connections and help supply electricity in the day time.

A MahaGenco official, however, noted that for average costs of solar energy to come down, it was essential for the public sector to develop these projects. “Tariffs should be at parity with coal-based thermal energy for the sector to get a boost,” he noted, adding that the high land requirement for solar energy installations was also a challenge. The Maharashtra Electricity Regulatory Commission (MERC) has fixed a levelised tariff of Rs 6.02 per unit (after adjustment for any accelerated depreciation benefits) for solar PV projects commissioned in 2016-17.