Gliding solar power plant exists in India just in Kerala. A 500kW plant was as of late initiated in Banasura Sagar at the cost of Rs9.25 crore. 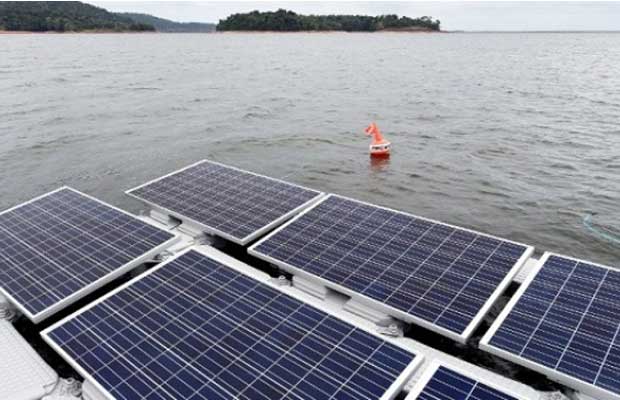 The state, which is the pioneer in the renewable energy source division, is ready to keep on moving ahead as it is finding better approaches to expand the solar generation limit. The most recent is state-run control age organization Mahagenco’s choice to introduce solar panels on dams.

Gliding solar power plant exists in India just in Kerala. A 500kW plant was as of late initiated in Banasura Sagar at the cost of Rs9.25 crore. In Gujarat, solar panels  have been introduced to cover trenches however they are not gliding.

A source in Mahagenco said that a private solar energy agency — Gensol — had been asked to conduct a feasibility study for Mehagenco owned Irai dam near Chandrapur. “The study is nearly complete and the report will be submitted to us in a few weeks. If the report is positive we will go ahead will the project,” he added.

As indicated by the source, the coasting sun powered boards will block the requirement for procuring land and furthermore decrease dissipation from dams.

The source additionally said that Mahagenco has completed a ballpark count and evaluated that 250MW could be created through gliding sunlight based boards. “In the first phase we will install floating panels in the feeder reservoirs of thermal power plants, owned by us. If the results are good we will seek permission from water resources department (WRD) to replicate the model on their dams,” he added.

The ventures are probably going to be set up in the public-private partnership (PPP) mode through tax based aggressive offering.

At the show, Mahagenco has 180MW network associated sun oriented power limit, including 5MW at Chandrapur, 125MW at Sakhri in Dhule and 50MW at Baramati.

The state government has set an objective of expanding solar power generation by another 7,500MW by 2020. Mahagenco will execute ventures for creating 2,500MW while Maharashtra Energy Development Agency (MEDA) will contribute the staying 5,000MW.

Of this 2,500MW, the generation intends to include 500MW its own property and utilizing its own particular cash. Another 500MW will be included through the solar energy park in Dondaicha (region Dhule). Around 1,500MW will come through sources including the network associated sunlight based farming feeder plot for which letters of goal for 204MW have been issued, solar lift water system plans including 65MW at Mor dam in Jalgaon and 60MW Tembhu in Sangli and the gliding sun powered boards on dams.