Madurai Airport Goes Solar, Meets 30% of Power Needs from RE

Amidst the call to make its an International airport, the Madurai Airport has started to save big on electricity bill as the solar power is meeting more than a quarter of its electricity needs 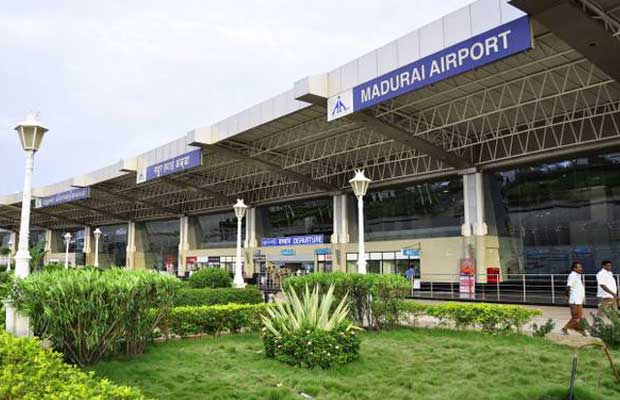 India’s 32nd busiest terminal, Madurai Airport is successfully cutting down its electricity bill as it meets 30% of its power requirement through solar energy.

With the addition of the 730-KW solar panels in April this year, the total solar capacity of the airport has increased to 900KW. The facility, which was set up at a cost of Rs 4.8 crore, is helping the Airport Authority of India (AAI) save at least Rs 10 lakh towards electricity charges monthly.

Madurai airport director V V Rao said since most of the power requirement during day time is met through solar power, they are depending on Tamil Nadu Electricity Board mostly only during night. While the requirement of power is 4 lakh units a month, around 1.35 lakh units are being met through solar power. The plant helps avoid carbon emission equivalent to sequestration of 7,500 full grown trees, he said.

The money invested for the facility can be recovered in just four years. Only minimum maintenance is required for the panels. Airport Authority of India is installing solar facilities at various airports in a phased manner.

As a policy, airports in the country are taking the green route by harnessing solar power to meet their electricity requirement to the possible extent. It has not only brought down huge electricity bills, but also helped in conserving power to save the environment. It was looking forward to effectively minimizing greenhouse gas emissions thereby contributing to the country’s goal of minimizing environmental degradation, said officials from Madurai airport.

The news is especially encouraging as Madurai airport has experienced robust growth in freight movement in 2018-19 financial year as it has increased by around 100% compared to 2017-18. The growth is attributed to the international cargo movement, which started picking up by May 2018, following the introduction of direct flights to Singapore in September 2017. The domestic cargo movement too has registered a growth of 40%.

In other news, The Airports Authority of India (AAI) last week inaugurated one megawatt power solar plant at Tirupati international airport. The power plant was installed by Fourth Partner Energy.

S Sreekumar, regional executive director, AAI said, “Our aim is to ensure that Tirupati, along with all airports across south India operate completely on solar power within three years. We will also be commissioning eight MW plants at Hubli and Kadapa airports shortly.” Tirupati’s ground-mounted solar plant was installed on four acres of land, parallel to the airport runway and its isolation bay. “Tirupati enjoys bright, sunny weather most of the year; the usability of solar power increases at daytime when the plant can meet over 75% of required electricity; at night, this airport is currently non-operational,” said S Suresh, airport director.

Excess power generated at Tirupati airport will then be routed back to the national grid via net metering, in line with Andhra Pradesh’s renewable energy policy. Tirupati Airport is the second airport in the state after Vijayawada that has gone solar to meet some part of its electricity needs from Renewable energy sources. Other include the famous Cochin Airport, Delhi’s IGI airport, Hyderabad International Airport, Kishangarh, Chandigarh and many more.