Now consumers in the states of Madhya Pradesh can produce their own electricity with the use of solar panels on the roofs of their houses. And if excess of energy is stored through solar energy generation, consumers can it can be fed to the power grid in exchange of adjustments and subtractions in the conventional electricity bill. 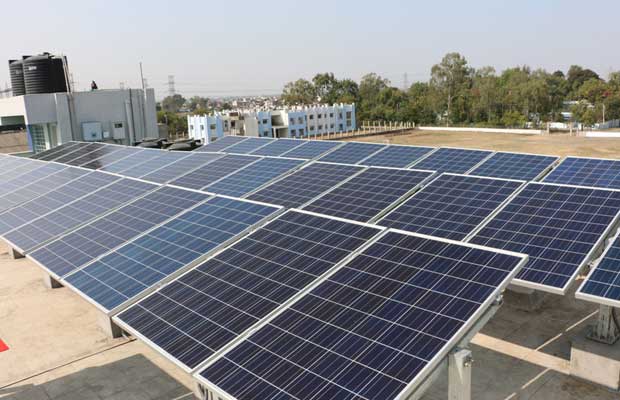 The state Government has approved the Madhya Pradesh Renewable Energy Policy 2016- that was released with a slogan ‘Har Chhat Par Muskurata Suraj (Smiling Sun on Every Rooftop)’. The notification is expected to come into execution from next week.

Principal Secretary, Renewable Energy, Manu Shrivastava stated that “The government will provide 30% subsidy to domestic consumers to install solar panels on rooftops or in any space available on the ground. Government buildings will get 45% subsidy and certain government undertakings will get a subsidy of 50%. Colleges and educational institutions can also install solar power units wherever free space is available on the ground.”

He further added that a domestic consumer can install a 3KW power unit on the rooftop for Rs 2.5 lakh. And with 30 percent subsidy, it would cost Rs 1.75 lakh, which can be easily recovered through power savings. The unit will have a life of about 25 years and is expected to halve domestic electricity bills will. The only catch is that consumers have to buy made-in-India solar panels to get the subsidy. The state police HQ in the state capital installed a 100KW solar power unit last year at a cost of Rs 45 lakh. It saves the government Rs 65000 every month on power bills.

The Narendra Modi Centre aims to produce 40 GW of renewable energy by 2022, of which Madhya Pradesh’s target is 2200MW. For this, the Chouhan government will need to install 22000 solar power units of 100KW capacity throughout the state. This is why the policy implementation will start on a war-footing in urban areas, say officials.

Shrivastava also stated that consumers who installed rooftop solar panels will have different electricity meter that will reflect the use of green energy and feed the surplus to the grid.

“The metering will be both ways. It will keep track of how much surplus power the building is contributing to the grid and how much it is drawing from it.”

This is said to be one of the biggest steps from the Madhya Pradesh government towards green energy since the 151MW Welspun Solar Project started operations in February 2014. The plant is located on 305 hectares in Jawad tehsil of Neemuch. Also, a 750 MW of solar plant is under construction in Gurh tehsil of Rewa.