Home » News » Made In India. Is Change Coming Soon from China?

Made In India. Is Change Coming Soon from China?

In the 2020 Union Budget, the Finance Minister made a not so subtle pitch for ‘Assemble In India’, even as the focus on Made in India continued. For India’s solar sector, the issue has never been more urgent, with over 80 percent of equipment imports from China. 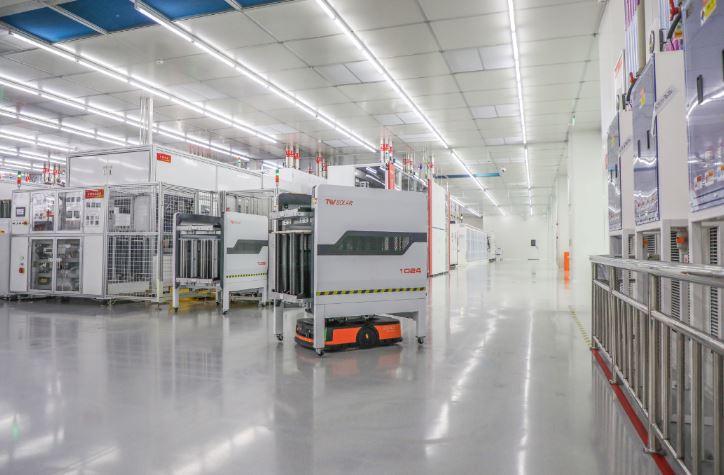 The Economic Survey, which precedes the budget by a day, had stated that  by integrating ‘Assemble in India for the world’ into ‘Make in India’, India can create 4 crore well-paid jobs by 2025 and can raise its export market share to about 3.5 percent by 2025 and 6 percent by 2030. The opportunity specifically in Solar manufacturing has been well documented.

With corporate tax rates already lowered previously to a much more globally competitive regime, some of the biggest hurdles to make in India are going away. For the solar sector, which has seen stop start efforts to make in India, big change might be coming. And this time, it might actually be the Chinese firms that do the heavy lifting. For good reasons. As leaders in the biggest segments for solar equipment, be it ingots, wafers, cells, inverters or modules, China-based forms today have a strangle hold on global capacity and market shares. It’s an idea we have shared earlier too, and today it looks much closer to possibility than it ever did .

More importantly, as other national markets have grown, we believe a lot of the China based firms are much more globalised, to take a call on manufacturing abroad, something they have always been very reluctant to do. Firms like Seraphim have made it a philosophy to target global markets over the domestic China market.

India, which looks set to offer a domestic ready market of anything between 9 to 15 GW per annum from 2021 onwards for a decade or more, offers  an opportunity large enough to make manufacturing here worthwhile. Especially with domestic tariff policy exhibiting a skew towards domestic manufacturers.

Perhaps most importantly, with enough familiarity in the Indian market for a host of China majors today, their confidence in navigating through India’s famous bureaucracy is far higher, as we realised during our one on one discussions.

It has also become clear that  the government in India is simply not comfortable with the idea of a sector that depends on imports for 80 percent of its requirements, and feels compelled to continue its efforts to balance that scale. This is an issue where policy clarity actually exists.

Interestingly,  many China based firms are no longer as dependent on Chinese government policies, or government contracts anymore, with many targeting a greater share of sales from global markets than China, which has become an intensely competitive market. With operations in the US and Europe, besides Australia in some cases, they have a management team that is much more comfortable with global markets, and India, which speaks the global language of English, is a natural fit.

Finally, as the Coronavirus hit has shown, concentrating manufacturing in China is no longer good practice for firms with  customers globally. Costs in China, which were rising in any case, are set to rise sharply, as the country makes long term investments into healthcare, after the Covid virus showed up large parts of the system.

Chinese majors like Sungrow and TBEA, which already have manufacturing setups here, have had no major issues in India so far, further giving other firms the confidence to venture out.

Longi Solar, a global leader in cells and wafers, has already done some work, including land acquisition in South India, but had not proceeded due to apprehensions on supporting infrastructure and supplier ecosystem.  With ever higher automation in the manufacturing chain, it is probably a far easier option for their suppliers to set up base here. With protection for domestic manufacturing set to continue after the safeguard duty is phased out in July this year, for at least a few firms, making or assembling in India offers a chance to improve margin too with higher efficiencies, as compared to the intensely competitive selling right now.

Solis Ginlong, another major in the inverter space, also seems to be considering it, going by the remarks of its India CTO, Idrish Khan.

Multiple Chinese firms we have met over the past 12 months had indicated an interest in make in India, without the urgency to act on that interest. We believe the combination of events, both positive (tax rates, improvement in ease of doing business) and negative (disruption by Coronavirus, higher costs) might finally mean that a few start dusting off their India manufacturing plans again. In fact, if they take their global leadership status seriously, and consider their customers across the world, spreading manufacturing to India is the next logical step for many Chinese manufacturers today. Watch this space for more updates soon!